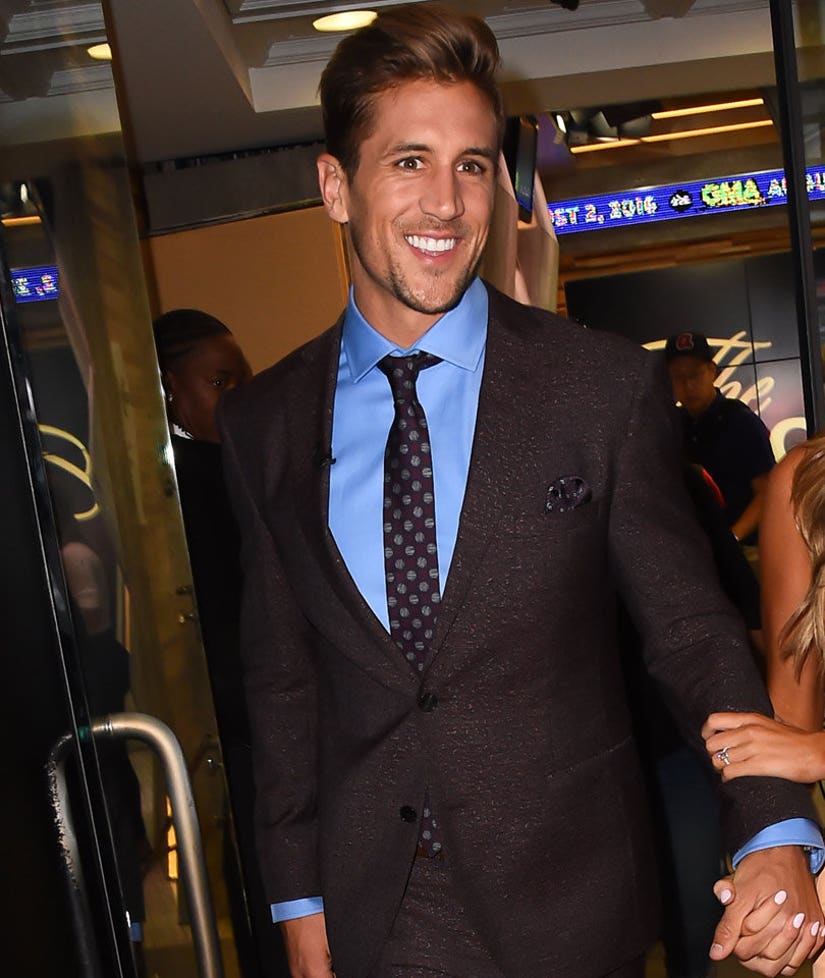 Receipts can serve as proof of purchase—or cheating if you're Jordan Rodgers' ex, Brittany Farrar!

The personal trainer is taking to Instagram yet again to call out his alleged infidelity during their three-and-a-half year relationship.

According to Entertainment Tonight, Farrar posted a video on Thursday showing a receipt for a large bouquet of roses that she says Rodgers purchased for "the girl he cheated on me with in Louisiana," whom she claims the 27-year-old met while shooting a scene for "Pitch Perfect 2."

"Happy Birthday to my Favorite Bella," read the message written on the receipt. "Miss you. Can't Wait to To See That Beautiful Smile Again. From, Your Favorite Football Player Wanna Be Actor."

The fact that the message is addressed to a "Bella" is pretty significant, considering Pitch Perfect's a cappella group members—played by Anna Kendrick, Brittany Snow and Hailee Steinfeld among others—are referred to as the Barden Bellas in the films.

"He was deep in the background pretending to be one of the Green Bay Packers—the closest he's ever been to making an NFL team," she said of his work on the movie.

Though she deleted the video, she had plenty of other scathing remarks about Rodgers in another post that she kept up.

"When I broke up with my ex and gave back his old mattress and chia seeds—that was his ultimatum to me ('Give me another chance or I want my mattress and the chia I bought back!')—his lies stopped being my problem," she wrote. "UNTIL he went onto one of the most popular reality shows on TV and lied about our relationship."

Farrar is, of course, referring to Rodgers' appearance on the "Bachelorette" and his renunciation of her claims that he cheated. She first brought up his alleged infidelity in an Instagram post back in May, in which she wrote, "Riding the bench doesn't get in the way of a relationship, but cheating does. #yourpitchisntperfect @jrodgers11 #alwayswantedtobefamous #dreamscometrue #tuneinnextweekformoreBS."

In her latest post, she blasts the sports commentator for his attempts to defend himself against her allegations.

"Since the show ended, Jordan has been very busy trying to push out new headlines casting himself in the role of the victim," she went on to write. "In every interview, he's talked about cheating rumors being 'really harsh and very untrue' and how 'hurtful' it's been to talk about his family drama, completely ignoring the fact that the world was oblivious to these issues until he put it out there."

"You're wondering why there isn't a flood of positivity around your engagement?" she asked her ex, who is now engaged to Bachelorette star JoJo Fletcher. "Maybe it's because your recent fame is built on you tearing down people and rewriting the truth to fit your storyline."