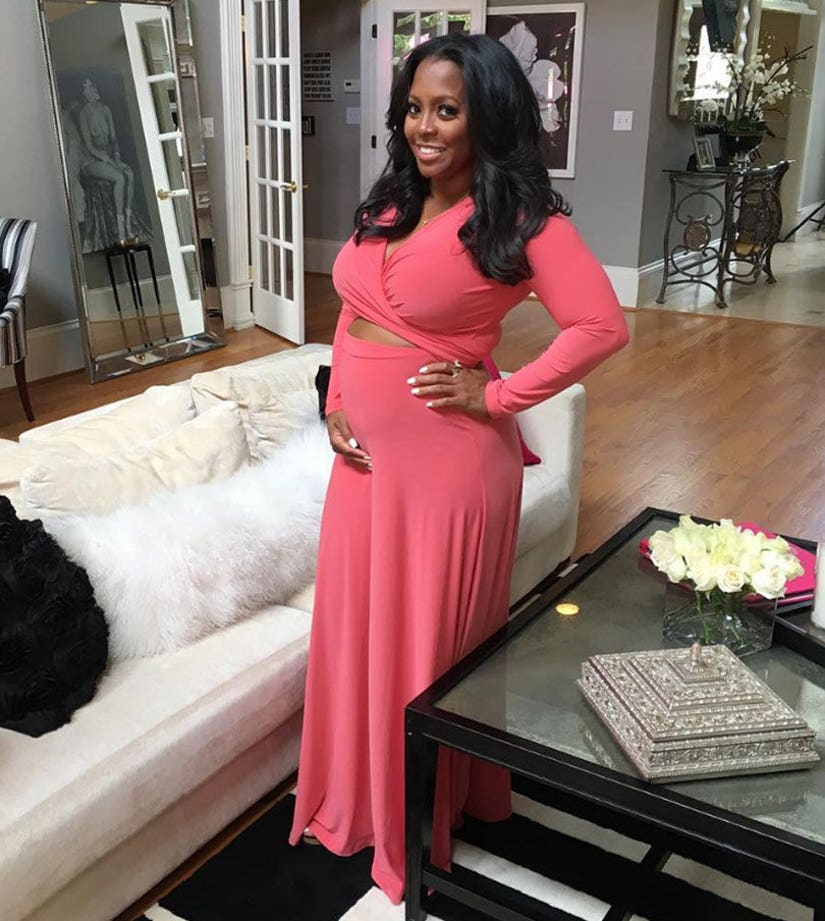 What's in a name? A lot if you're mother-to-be Keshia Knight Pulliam.

The 37-year-old has faced a stressful past few months during her pregnancy; not only did her ex Ed Hartwell abruptly file for divorce, but he accused her of cheating—a claim she vehemently denies.

But despite the headline-making drama, the former "Cosby Show" actress has managed to keep things classy, offering up a single interview addressing the split and moving on.

And now it seems her ability to pull through her personal trails—and her baby's role in helping her do that—have inspired her name choice for her baby girl.

"I was back and forth on if I wanted to share this or not, but I decided that I would because it is so hard for me to keep it in," Keshia said during Friday's episode of her Play.it podcast "Kandidly Keshia."

But how exactly did her heartbreaking breakup help her settle on a name?

"I knew Ella was going to be my first baby girl's first name," she revealed. "Then in the midst of all of this is when she's earned her middle name, Grace. When I tell you through all of this the grace of God has so been with us and has covered us and protected us—she's been my saving grace to get through it. It's knowing that it's not about me. Knowing that on days when I want to curl up in the bed, pull the covers over my head and cry until my eyes fall out, that is not an option because she feels everything I feel and right now, it is bigger than me—it's about her. It is about her being ok."

Sounds like she's already on her way to being a loving mother!