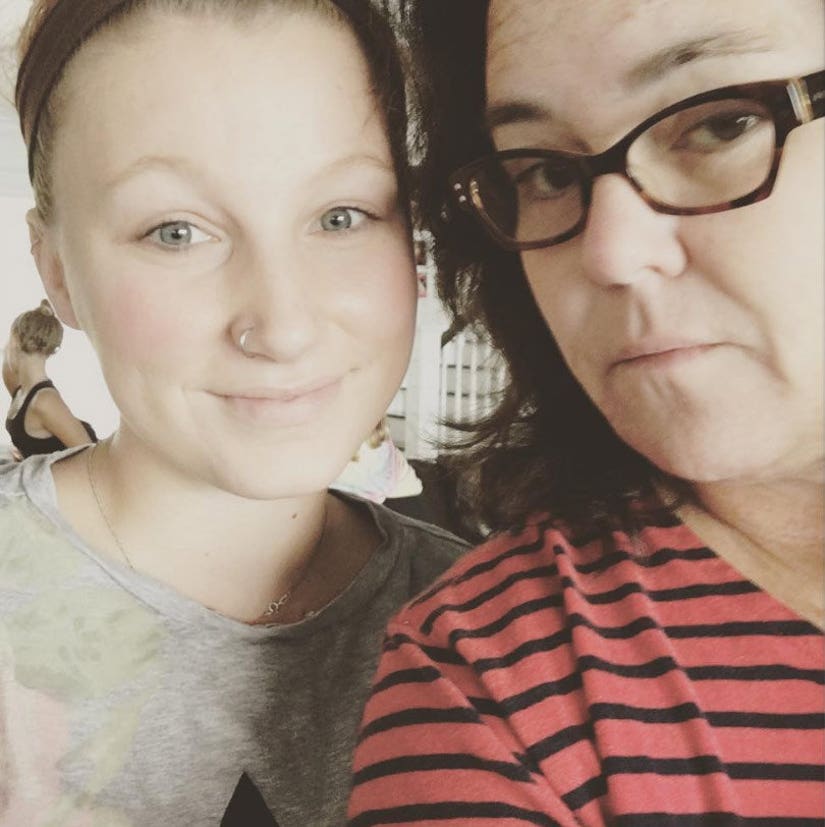 Rosie O'Donnell and her formerly-estranged daughter, Chelsea, have made amends!

The talk show host shared a new selfie with the 18-year-old on Instagram, writing, "Chelsea and me - what a difference a year makes #hopelives."

The pair made headlines after the teen went missing for two weeks from her family's New York home last August.

At the time, Rosie's rep claimed that Chelsea was in danger because she didn't have her prescription medication, which she used to treat her anxiety and depression. "Chelsea stopped taking her medicine and is in need of medical attention," a post read on Rosie's website. "Any information please contact authorities."

The teen was later found in New Jersey with a 26-year-old convicted heroin dealer, whom she reportedly met on the dating app Tinder.

Their relationship got even worse when the comedienne revealed that her daughter went to live with her birth mother, Deanna, in Wisconsin.

"I don't want to come off rude, that is not my intention. However, I have asked not to be brought into any Rosie drama and that I don't want to hear anything about her," the 18-year-old said on social media after the move. "I would appreciate it if anyone who is tagging me or asking me questions about her would please stop. Thank you."

Months after the teen cut off contact with her adoptive mother, the two posed for photos together at Fran Drescher's Cancer Schmancer Cabaret Cruise in June.

Judging from their public outings and this new social media post, it looks like Rosie and Chelsea are finally putting the past behind them!