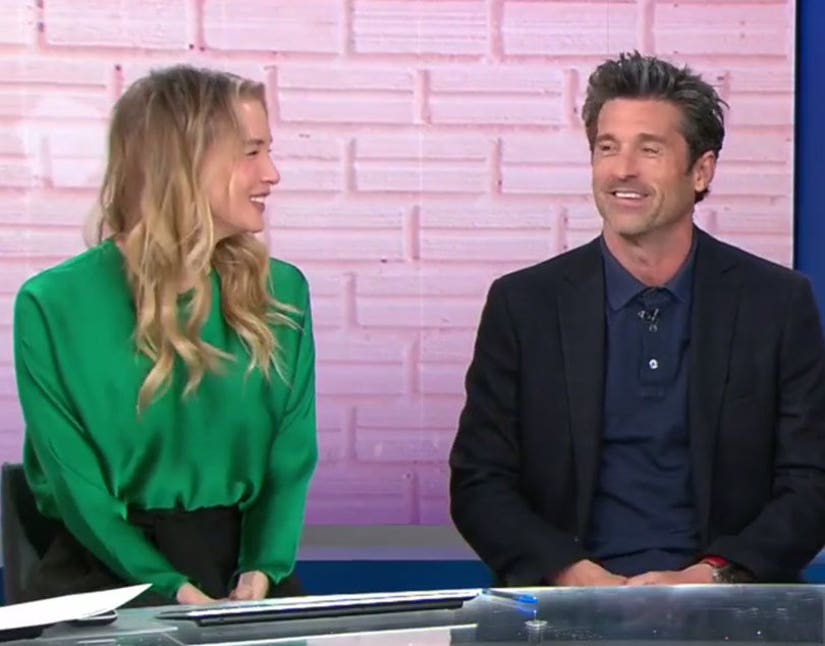 During a recent appearance on Australia's morning show "Today," Patrick Dempsey and Renee Zellweger were asked to give viewers their best attempt at an Aussie accent. Dempsey decided to demonstrate his knowledge of Australian slang when giving his rendition of the local dialect—and accidentally started talking about erections.

"Traveller," he said. "That's a beer you travel with, right?"

That particular term actually refers to an erection a man gets while on public transportation.

"You're not supposed to say that," said co-host Richard Wilkins, over his co-workers' laughter.

"What's a traveller?" a confused Dempsey asked. "Have I just alienated everyone in the country?"

Unaware that he had referenced a very different kind of, ahem, land down under, the 50-year-old was left in the dark as the hosts moved on to another topic. But when the term, uh, popped up again later during the segment, Dempsey just had to know what it meant.

"What the heck is a traveller?"he asked.

"Oh, excuse me," he said, once someone finally whispered the meaning in his ear.

Dempsey stars opposite Zellweger and Colin Firth in "Bridget Jones's Baby," where he and Firth are potential fathers to the British heroine's unborn child.

Zellweger, who famously packed on 30 pounds to play Bridget Jones in the original film and sequel, wanted to plump up for her third turn as the famous singleton but, according to the Daily Telegraph, director Sharon Maguire convinced her not to.

"Sharon was hoping we could show that Bridget had achieved her ideal weight, but at the same time it didn't mean her life was perfect,” she said in an interview with the newspaper.

"I wasn't sure about that one though because we all have something we think is wrong, that needs fixing, that in our own minds represents the ideal that we are meant to obtain," she went on to say. "And I like the idea that that stays with us throughout our lives."Zellweger's personal appearance has come under much scrutiny over recent years, so much so that she penned an op-ed piece for the Huffington Post addressing rumors that she's had plastic surgery.