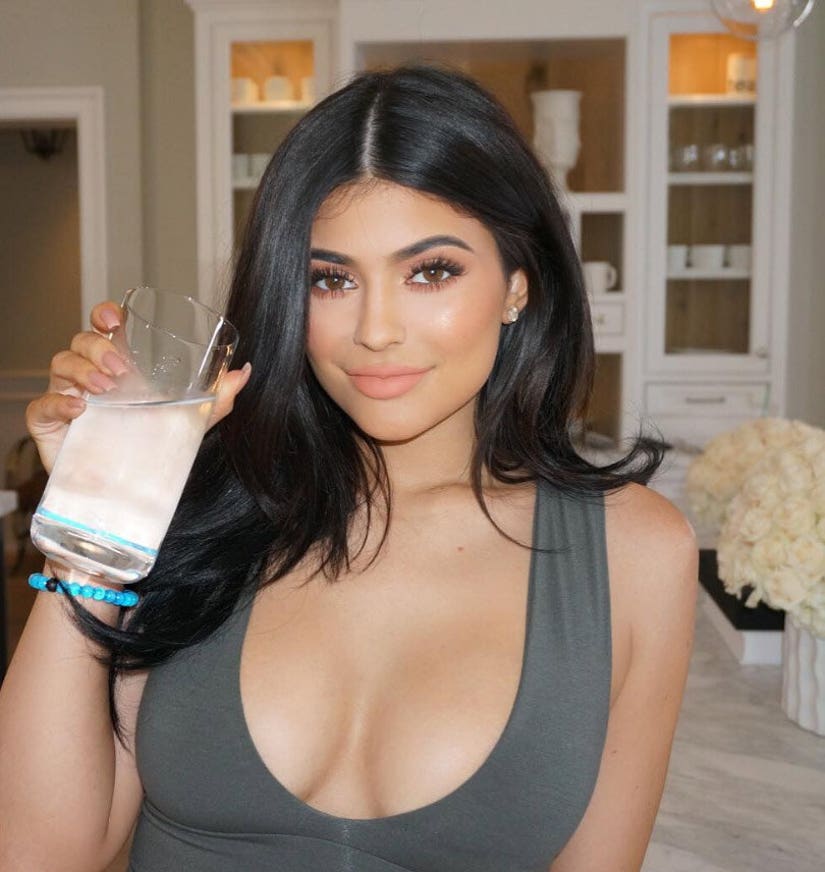 There's no doubt that Kylie Jenner's fans are fanatics about keeping up with her every move.

Case in point: A bout of food poisoning caused the 19-year-old to take a break from social media earlier in the week, but she was back to sharing selfies yesterday with what her followers pointed out as a noticeably fuller bust.

Given her recent social media hiatus, fans immediately started speculating that the "Keeping Up with the Kardashians" star had gotten breast implants during her absence from Snapchat and Instagram.

"@KylieJenner when did you get your breast done," one bold follower asked during a Twitter Q&A on Thursday.

But that didn't stop her fans from dwelling on the topic. One curious follower even asked the cosmetics queen to "help a sister out" by sharing her secret to her boosted bust.

"TMI but it's that time of the month lol," she confessed.

Still, some of her fans remained skeptical of the teen.

"@KylieJenner everyones saying you got your boobs done when you were MIA on snap," tweeted another follower.

Jenner took the accusation in stride, replying, "Do u want to feel them to validate."

When he told her he didn't believe the claims, she followed with a friendly message telling him she was simply flirting with him.

She also took the time to tell her fans that they could expect her to boosted bust to disappear in a matter of days.

"They will deflate soon," she said of her bigger boob size that she claims comes courtesy of that time of the month. "And it will be a sad sad day."