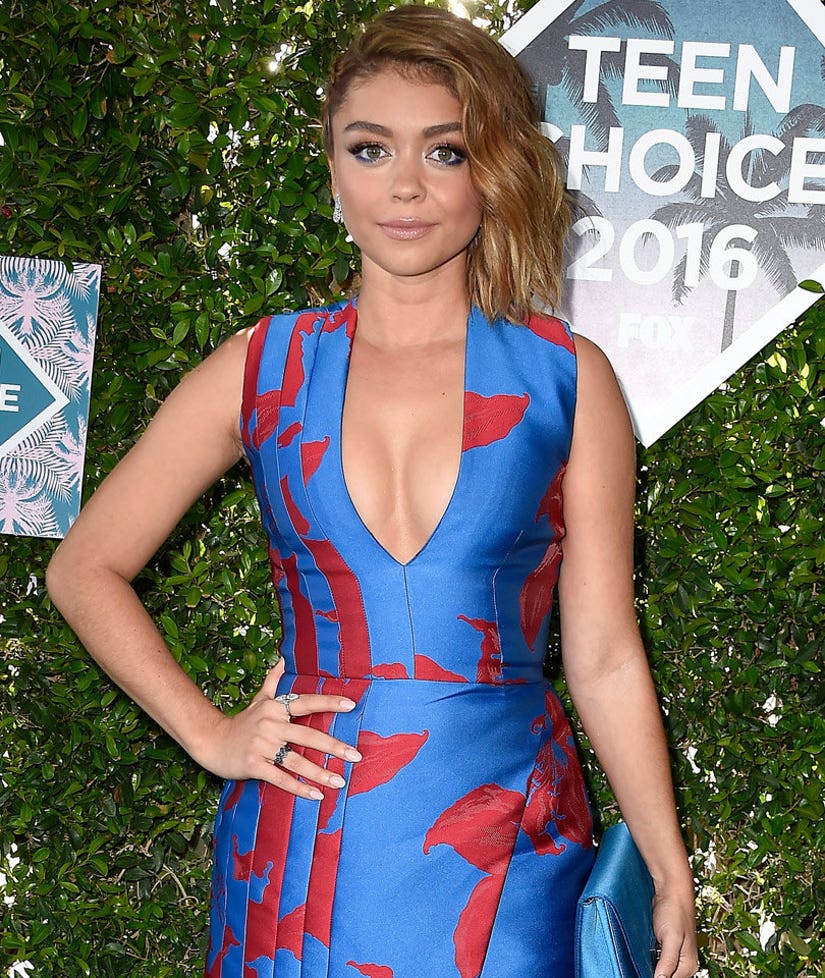 For starters, the 25-year-old is in a relationship with her former "Vampire Academy" costar Dominic Sherwood.Another reason? She finds online dating terrifying!

"Stranger Dangers are online!" she joked in an interview with Entertainment Tonight. "You just don't know. Catfish can happen anytime... It freaks me out. I just like talking one-on-one."

Indeed, the "Modern Family" star likes to take an old school approach to dating, preferring conversations IRL as opposed to getting to know someone over text.

"I think there's something special in forming a relationship with just talking," she revealed. "I think communication is really beautiful. It's the key to any relationship."

Hyland's comments on online dating comes off hot off the heels of the release of her Netflix film "XOXO," which sees her character meeting an online suitor at a music festival.

"My character, Krystal, goes through a lot," Hyland revealed. "She's really naive and very young, and believes in true love. She's just looking for that thing that she's always wanted, so she meets a guy online and they have plans to meet up at this music festival, XOXO, and things don't go as planned for her. And there are some touchy subjects."

Hyland has experience dealing with uncomfortable subjects surrounding relationships. Back in 2014, she opened up to Meredith Viera about being in an abusive relationship with ex Matthew Prokop, whom she claimed choked her.

"People have to go through things in order to become the person that they are today and that's that," she said of the experience.