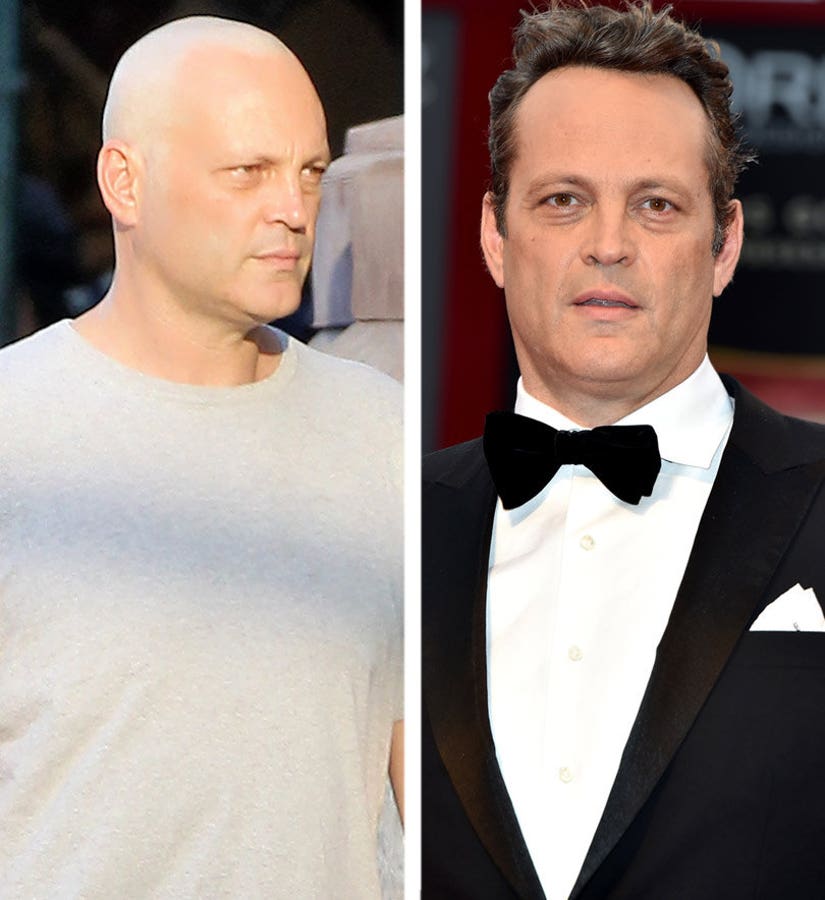 The actor debuted his new 'do ... or lack thereof ... earlier today in NYC, as he was spotted outside the gym in a grey t-shirt and black running pants.

It appears the hairless makeover is for his upcoming role in "Brawl In Cell Block 99," which sees Vaughn playing a former boxer who finds himself in the middle of a "prison battleground" after a gunfight gone wrong (don't they always?).

The look is a fairly new one for the "Wedding Crashers" star, who was snapped at the Venice International Film Festival in Italy over the weekend with his trademark dark, wavy mop still intact (above right).

Sound off below -— how do you like your Vince? Clean-shaven or hairy and mussed?

Matthew McConaughey recently went bald for his latest film project as well, flaunting a receding hairline and an extra 40 lbs for his role in "Gold."

Click here to check out that trailer and see his major make-under!