Is that you, Matthew McConaughey?!

The actor looks like a far cry from his normally dapper self in the new trailer for "Gold," where he plays a struggling prospector who partners with a canny geologist Michal Acosta (Édgar Ramírez) and strikes gold in the jungles of Southeast Asia's Borneo.

Directed by Stephen Gaghan, "Gold" looks like it's going to be one wild ride. The movie follows Kenny Wells (McConaughey), who makes one of the biggest gold discoveries in history, after years of trying to make ends meet.

As soon as Kenny and his wife Kay (Bryce Dallas Howard) begin to enjoy the perks of their massive fortune, Wells has to protect his lump sum from being hijacked. 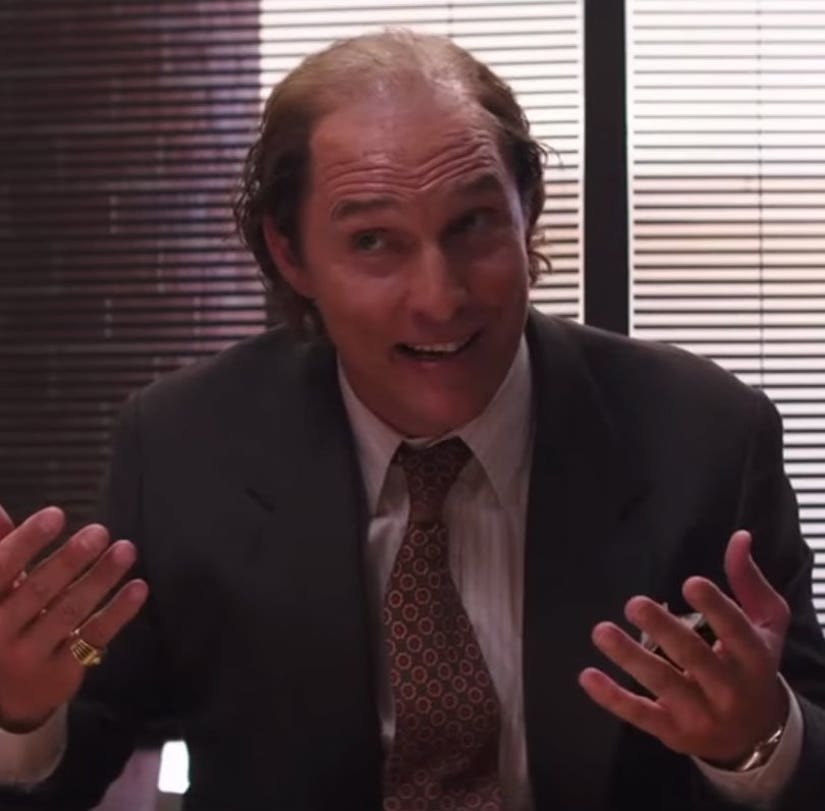 The Oscar-winning actor had to pack on 40 lbs for the part, and sports a number of unflattering prosthetics.

"You know, I sent my mother a still photo of [McConaughey] from the set on our last day of shooting," Gaghan recalled, "and she called me and said, 'Oh, honey. What have you done to that poor man?'"

We can't wait to see McConaughey in all his greasy glory when "Gold" hits theaters December 25!

What do you think about Matt's impressive makeunder? Sound off below and check out the gallery above to see more celebrity transformations for roles!