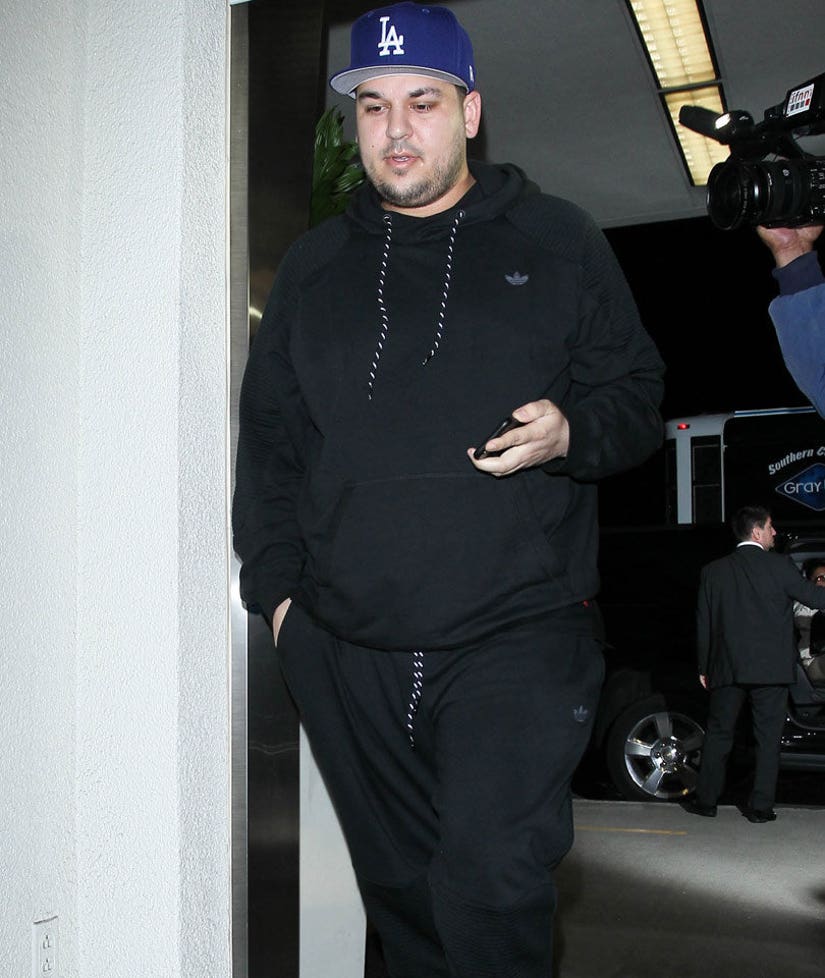 While Blac Chyna has made it pretty clear that she has no issues with her weight gain, her fiancé Rob Kardashian is a little more self-conscious when it comes to his fluctuating waistline.

In fact, in a sneak peek at an upcoming episode of the couple's reality series "Rob & Chyna," Rob admits that he flakes on attending a party with his ladylove due to his issues with his weight.

This isn't the first reason Rob has gone MIA from his personal commitments due to body image issues. He missed sister Kim Kardashian's wedding to Kanye West back in 2014 for the same reason.

"There were cameras at the airport on our trip there and I was very unhappy with the person I saw in all the pictures," he told PEOPLE magazine about his notable absence from his sister's nuptials. “I'm upset I missed my sister's wedding but it was a personal decision."

"Even though I'm pissed at Rob for ghosting on me, when Rob says really bad stuff about himself, it kind of throws me off a lot because I don't see it," she tells the camera. "And I get it--everybody's down on themselves and has their opinions, but some of the stuff that he thinks and says is really sad."

Watch the clip (above) to see the emotional exchange. "Rob and Chyna" airs Sundays on E!