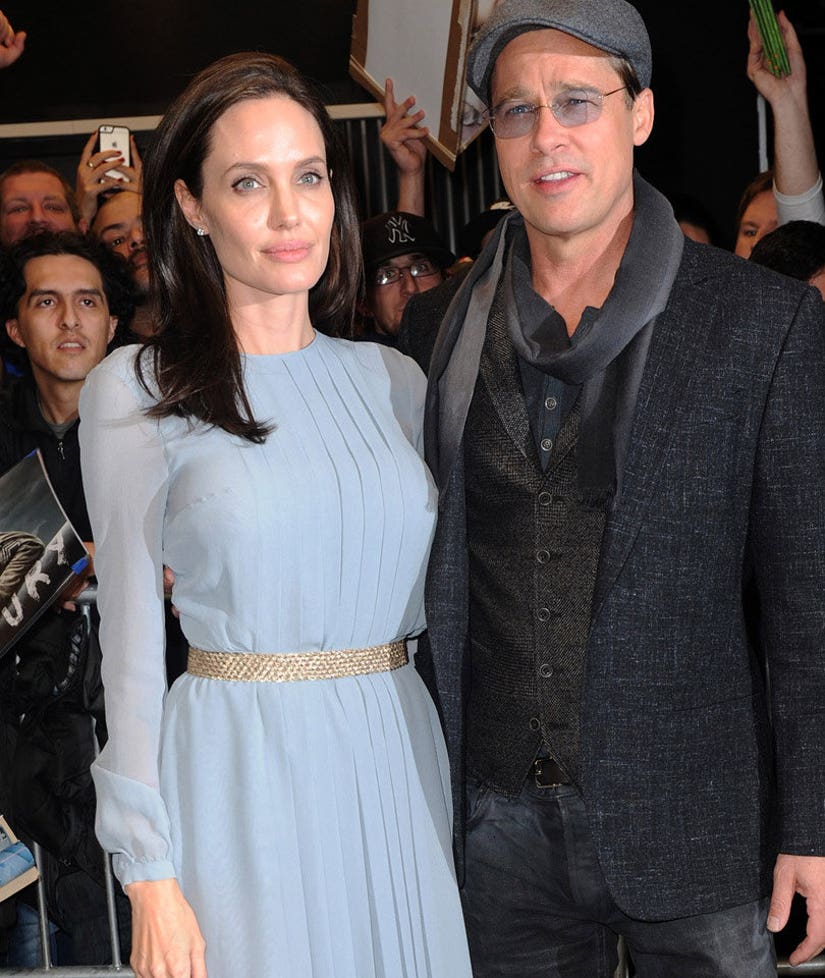 Looks like celebs are just as surprised as the rest of us when it comes to Brad Pitt and Angelina Jolie's divorce.

While many took to Twitter to share Jennifer Aniston memes after news of Jolie's filing broke, stars like Chrissy Teigen, Alyssa Milano and more reacted with pure shock.

The split was even the talk of "The View" this morning, as Whoopi Goldberg filled the audience in on the headline with faux sadness.

"Before we start, something has happened in the world I just feel so upset about," Whoopi said with a Valley Girl accent. "Just before we went on the air, some news broke on TMZ, also corroborated by CNN — and that's really corroboration — that after 12 years together, two years of marriage, and six children, Angelina and Brad are breaking up."

"There's irreconcilable differences," she added through fake tears. "It's all too much."

Brad and Angelina. How am I supposed to go to work today ?

PSA for all chicks Brad Pitt is officially single

#Brangelina over what next

I'm clutching at my pearls in shock! Celebs .. Getting.. Divorced?! I thought I'd never see it ...#brangelina

Before we get too cavalier about it, let's remember that #brangelina was possibly the only thing still holding the USA together. pic.twitter.com/HQt2Re8U5t

Guys angelbradgelpolieitt are getting divorced. #brangelina

Everyone is serious as a heart attack with this "I might actually have a chance!!!!!" talk #Brangelina 🙄

It's sad about Brad and Angelina but it's also none of our business!

If #Brangelina can't make it, is there really any purpose or meaning of life? pic.twitter.com/djk9xGAC3S

Tower of Terror! Eggo! Skittles! Brad Pitt! I don't know why ANY of them are trending but I'm running to my basement. It's over.

My parents #brangelina are divorcing . I ask that you respect my privacy during this difficult time .

Some weren't thrilled about the amount of attention the story was getting:

Trump: *used $258,000 of other people's contributions to his charity foundation to pay off his legal problems*
Media: BRANGELINA BROKE UP!

And, amid all the sadness, a glimmer of hope:

#Brangelina getting a divorce 💔, but @mrsmet and I are still going strong. #truelove #forever #TheOriginalMrAndMrsSmith 💞 pic.twitter.com/Sbg18NPyWt