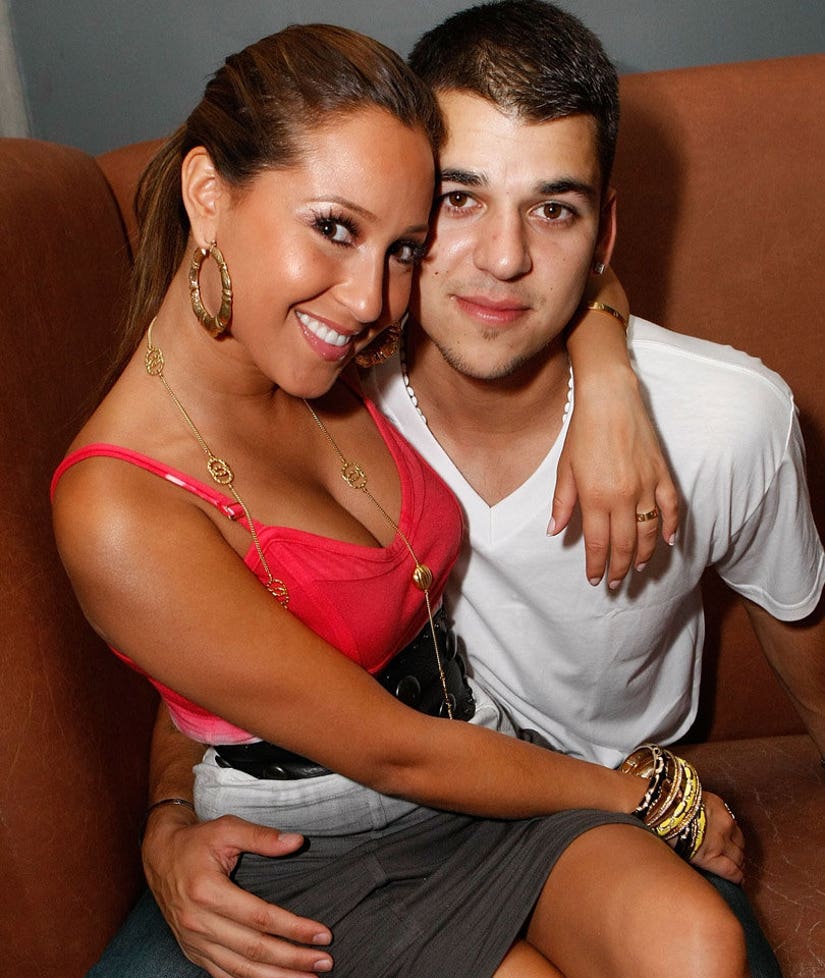 Adrienne Bailon wants to make one thing very clear: she's not the one who cheated on Rob Kardashian.

ICYMI, on Sunday's episode of "Rob & Chyna," Kardashian opened up about his trust issues, admitting that he's been wary of relationships since a bad experience in his dating history.

"I had a really bad past relationship where the girl was cheating and having sex with so many different people and that is why I notice stupid stuff. I just think the worst," he said in a confessional, without referring to said ex by name.

Many speculated that he was talking about Rita Ora, though Rob and Adrienne also had a high profile relationship in the past, so the former Cheetah Girl's name was also floating out there online.

On today's episode of "The Real," however, she shuts down any speculation he was talking about her.

"We've come such a long way. I think Rob is a great guy. We had our relationship. What's in the past is in the past. He's moving on. He's about to be a father. Which, congratulations to him and Chyna," she tells the women on the panel. "But what I will say is, that girl was certainly not me. Just saying."

"It definitely was not me. I absolutely never cheated on Rob. And I just want to clarify that. I think, you know and the way it's said. It's like 'she slept with many people.' I'm like uh, I can't speak for anybody else, but I assure you that was not me," she continues. "The only thing I'm going to say is, I absolutely do relate to what he's saying though. I will say this, I think anybody that's been in a relationship where they were cheated on or hurt, it affects you. It affected me so much that I made it a conscious decision to not do that to the next person because when you experience the kind of hurt that being cheated on makes you feel ... It makes you question yourself. It makes you question your self-worth."

Cohost Loni Love then points out that Rob actually cheated on Adrienne when they were together, though Bailon doesn't want to talk negatively about her ex.

"He was twenty one years-old at the time. We were super young. You guys, this was over ten years ago. So this is such old news," she adds, before explaining how she empathizes with his struggle.

"Being cheated on will make you question yourself. You'll be like 'Was I not pretty enough? Was I not sexy enough? Was I… am I not thin enough? Do I need to do more crunches?' I mean, you will drive yourself insane," Adrienne explains. "And sadly, the next person sometimes pays for what the last person did. So, I totally understand that and you have to heal yourself first because you can't blame the next person for what the last person did."