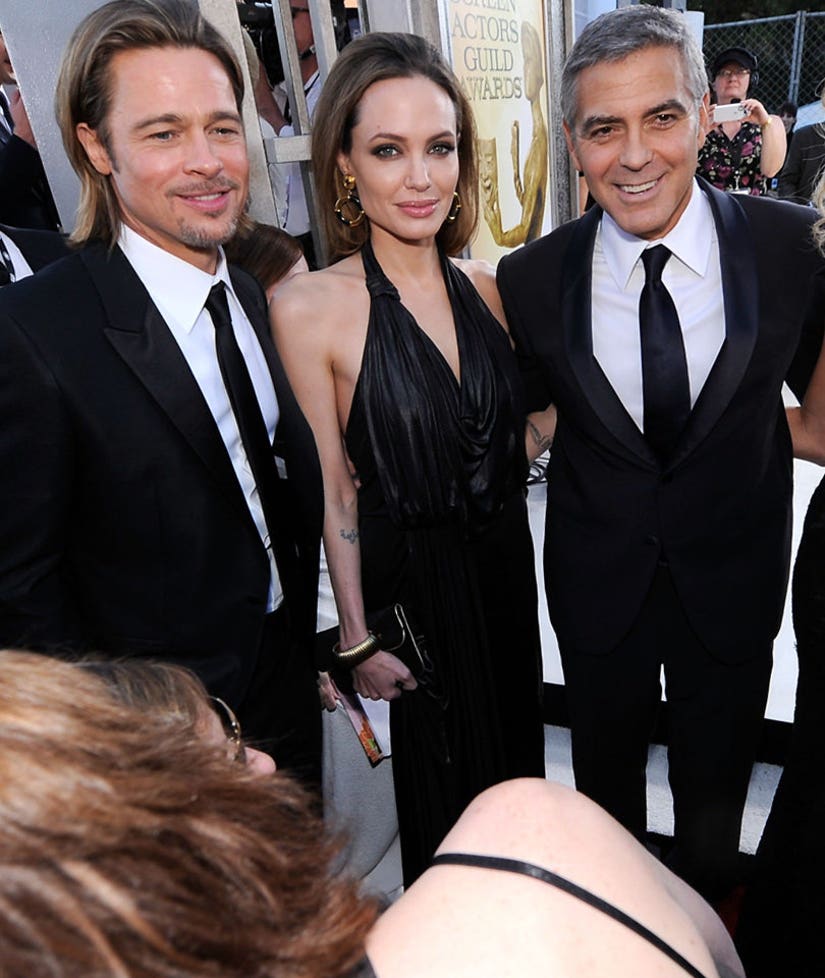 Looks like Brad Pitt's pal George Clooney was just as surprised about his divorce from Angelina Jolie as the rest of us.

Like many, Clooney found out about the Pitt-Jolie split from a reporter—only in his case, it was in the form of a reporter asking him about Pitt's new relationship status during an interview.

"Alright, don't shoot me on this last question but you're friends with both of them," CNN's Richard Roth said to Clooney at the United Nations, where the Oscar winner was attending a roundtable on the refugee crisis. "Any thoughts?"

"What's that? What's happened?" a surprised Clooney replied. Roth then explains to the "Up in the Air" star that Jolie and Pitt are divorcing.

Clooney isn't the only star who was taken aback by the news of the couple's split; many a celeb took to social media to share their surprised reactions about the news.

Watch the video (above) to see George's full reaction.