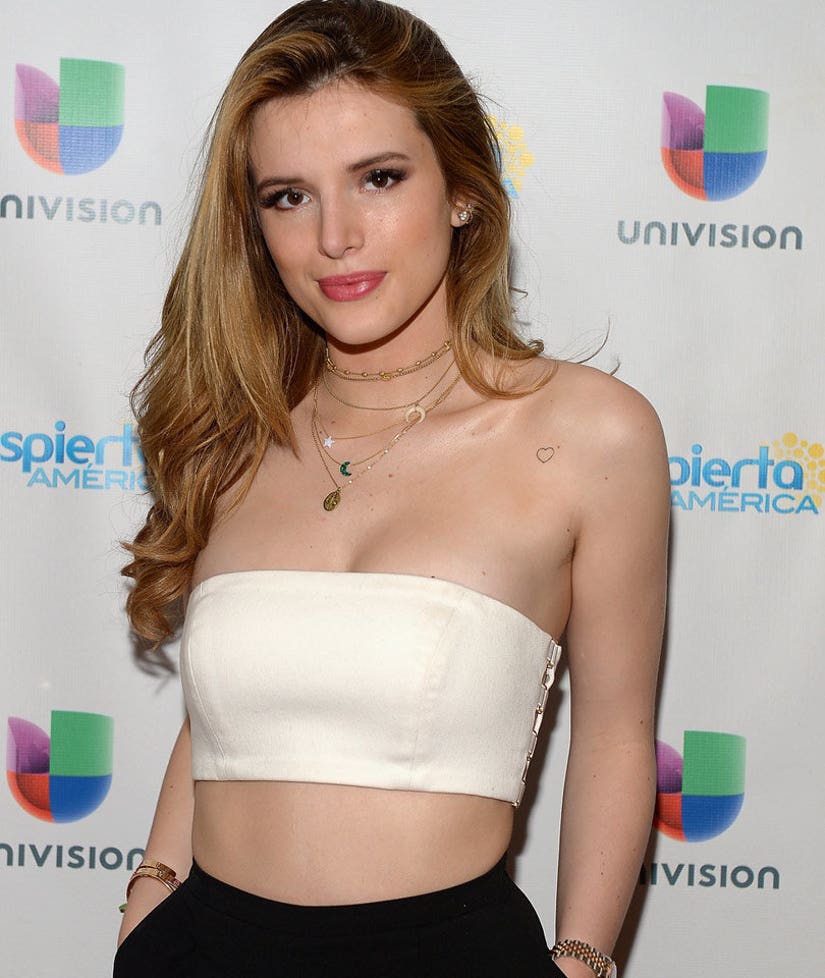 After coming out as bisexual with a tweet last month, Bella Thorne has never felt better.

In August, the former Disney star shared a Snapchat video showing her playfully kissing another woman on the lips. Almost immediately, fans started asking her about her sexuality on Twitter. One asked, "are you bisexual?" Her answer: a simple "Yes."

She's been mum on the topic since, but opened up about about the reveal on Friday, which has been dubbed Bisexual Visibility Day.

Thorne, 18, took over Galore magazine's Snapchat feed for the day, where she was seen sharing a couple quick pecks with her female friends and urging her fans to embrace their sexuality (below).

"I just wanted to take over this Snapchat to influence people to come out, be yourself, be happy, that's what's important," she explained.

"Ever since I came out, I feel like I can really be me. It's really cool. It feels nice, I can breathe and be free," Bella continued. "If someone doesn't accept you, they don't deserve you. You need to walk the f--- up out of their life."

The video comes after some fans showed confusion over her bisexuality.

"No disrespect, but how can u b bi, if uv never been sexually active w/ another girl. Although, I'm quite proud of ur braveness," one fan asked on Thursday. "I didn't say I hadn't ?," she shot back.

The comment quickly started a bigger conversation among her followers in the replies, as many pointed out that experience doesn't really mean anything when it comes to identity.

See Bella's full video for Galore ... and more stars who identify as bisexual ... in the gallery above.