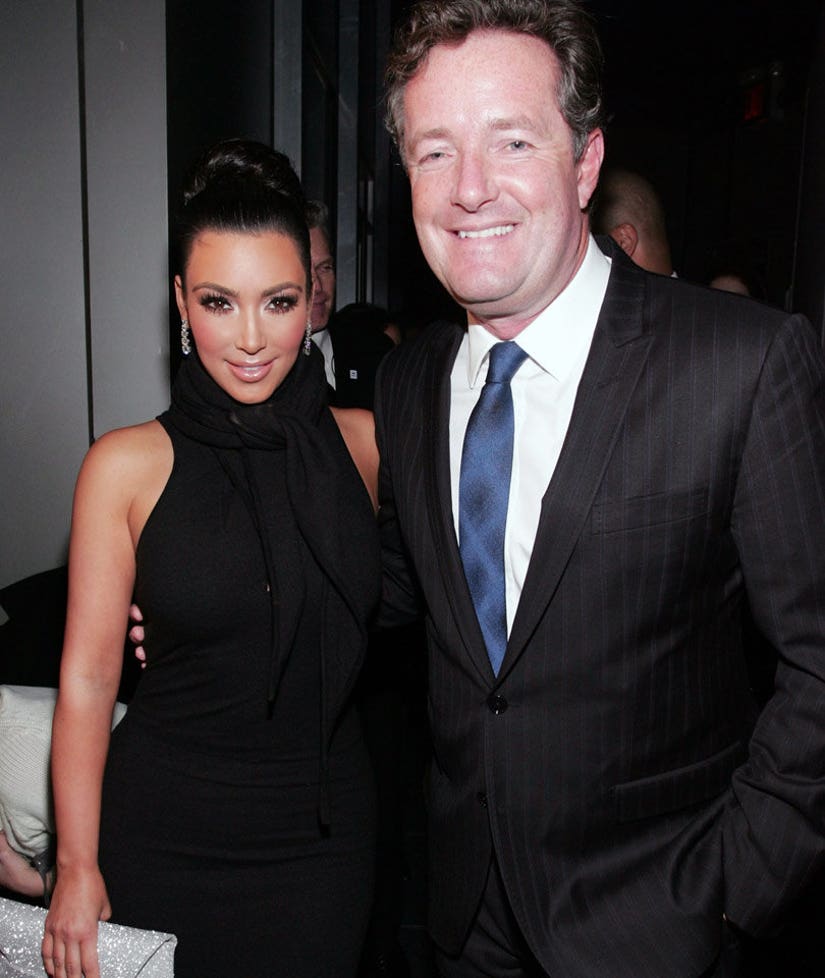 Kim Kardashian and Piers Morgan have a longstanding feud, ever since the British journalist attacked her over her nude Instagram photos earlier this year. Now, he's doubling down, using the horrifying robbery she went through as the jumping off point for a new essay, where he tells her she should use the ordeal as a "wake-up call" for how she lives her life.

"There comes a moment in everyone's life which makes you re-assess everything IN your life. It doesn't matter if you're rich or poor, black or white, old or young," he writes in an open letter to Kim on the Daily Mail. "At some point, that moment will hit you like a ten-ton truck and when it does, you'd better listen to what your heart and gut tells you. Your moment came at 3am on Monday morning."

While Kardashian is almost certainly double-thinking her security protocols and will likely scale back on her live social media updates, Morgan goes a step further -- telling her she needs to change her outlook on life entirely.

Morgan admits the incident "must have been a hideous experience," adding that "nobody deserves to be robbed," before going on to explain how his opinion of Kim has changed over time.

Though he says he was initially supportive of her message of body positivity following her Break the Internet spread in Paper magazine, Morgan notes "something changed" in her shortly after.

"You grew slowly coarser and snarkier, and started bombarding the world with regular naked selfies - claiming, absurdly, they were promoting feminism and 'empowering women,' he explains. Piers goes on to call her and Kanye West's attacks on Taylor Swift "revolting."

"Now, as you recover from this horrendous attack in Paris, doubtless shaken to your very core, you have got time to reflect on where you are in your life and what really matters to you," he continues. "I hope you see this as a massive big red 'WARNING!' sign. This was in many ways an attack waiting to happen."

The 51-year-old then says he agrees with Karl Lagerfeld's sentiments from Tuesday, victim-blaming Kardashian for "display[ing] your wealth" on social media.

Piers says the aftermath of the attack gives Kardashian "a chance to re-calibrate, to take pause and work out if you just want to be known as a topless, bird-flipping, diamond-flashing, trash-talking sex tape celebrity – or something more meaningful and influential."

"What kind of woman, mother, wife and role model do you actually want to be now you've achieved everything you dreamed of as a kid, and now you've faced up to a moment where it was nearly all taken away from you?" he adds in closing.

So far, Kardashian has been completely silent on social media since the robbery, so don't expect her to clap back to Piers anytime soon.

What do you make of the journalist's open letter? Sound off below.