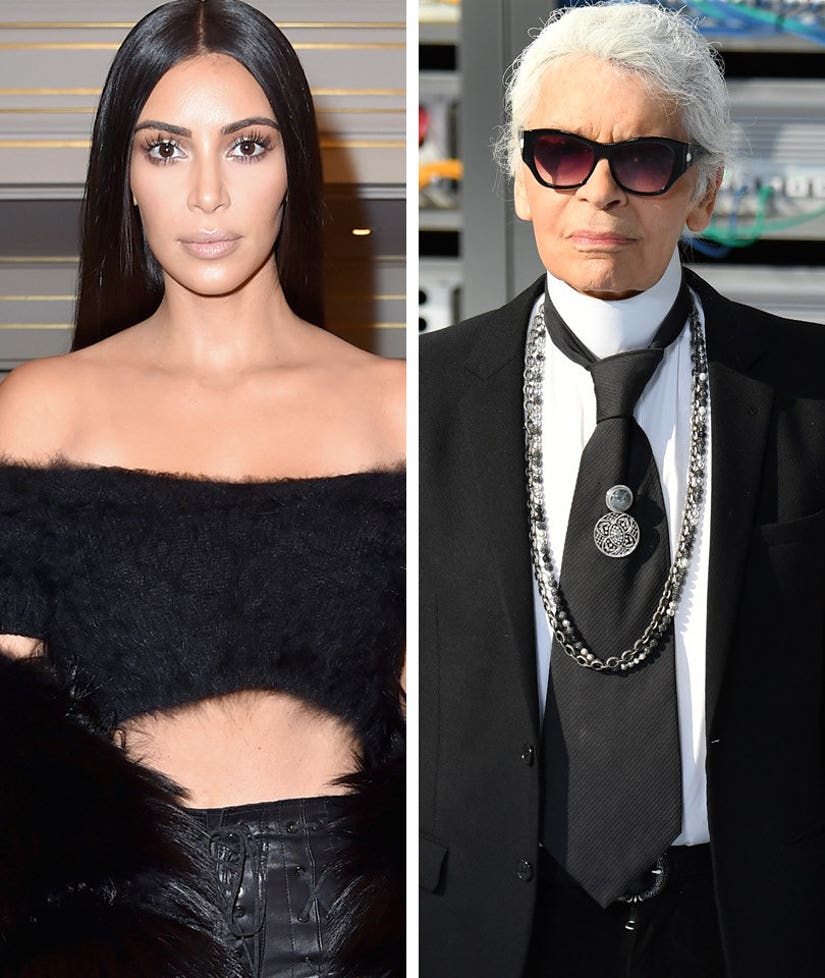 Kim Kardashian is getting no sympathy from Karl Lagerfeld.

Though the "Keeping Up with the Kardashians" star was reportedly held at gunpoint and robbed of $10 million in jewelry while staying at a celeb-favorite hotel (with minimal security) in Paris Sunday night, the fashion designer thinks the whole thing could have easily been prevented.

"It's a very bad thing for Paris," he said in an interview with Reuters (via Page Six) ... instead of sharing any sort of compassion for Kim.

"I don't understand why she was in a hotel with no security … If you are that famous and you put all your jewelry on [social media], you go to hotels where nobody can come near to the room," he added.

The reality TV star did in fact flash her massive 20-carat emerald ring -- a gift she got from hubby Kanye West -- on Snapchat hours before she was bound and gagged by five masked assailants. She also shared the photo above of her bling via Instagram five days earlier.

"You cannot display your wealth and then be surprised that some people want to share it with you," he added about Kardashian's social media behavior.

What do you think about Karl's comments? Sound off below and check out the gallery above to see more celebrity feuds!