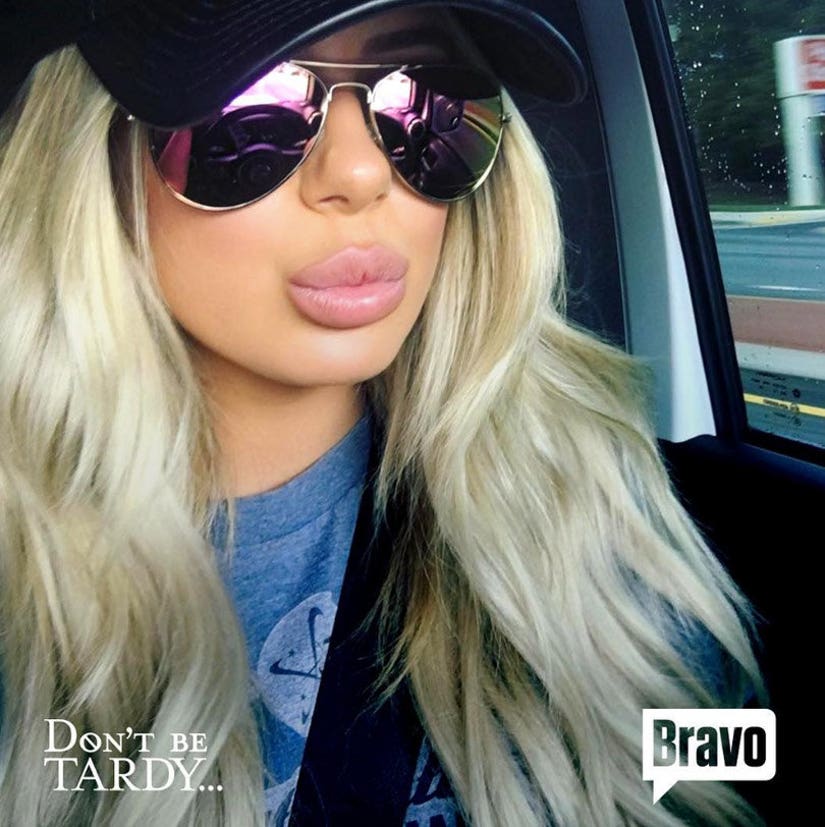 Kim Zolciak is not one to be messed with ... especially when it comes to her daughter, Brielle.

The former "Real Housewives of Atlanta" star's 19-year-old daughter was the target of some brutal comments on Wednesday, after she did an Instagram takeover for Bravo's official page. In a photo showing the teen making duck lips while driving, most of the remarks were about her plump pout, which she admitted to getting injections for last year.

A sampling of the comments:

While there were also plenty of fans defending Brielle, mama bear clearly caught wind of the negative remarks ... and took to Snapchat last night to put the haters on blast.

"Oh hell no, you f---ers on Bravo TV under Brielle's pictures writing comments. You're f---ing with the wrong one, honey, the wrong one," she started her rant.

"I do what I say I'm going to do. I'm a woman of my f--king word. I'm honest. I don't have these blessings because I sit behind a computer screen and write nasty f--king comments about a 19 year old," Kim went on.

"I would love for all you f--kers to post your daughters on your page so I can tell you exactly what the f--k I think about her," Zolciak taunted ... and man, would we love to see that!

"Get off Bravo TV and stop talking s--t about my daughter and get a f--king life," the angry mom added. "Do you not see that you are the reason why this world is so f--ked up? You're grown-ass adults. If my daughter wasn't strong can you imagine what the f--k you would do to her with your comments?"

The "Don't Be Tardy" star is no stranger to going off on her haters and has even spoke out in support of Brielle's injections in the past.

"First of all, Brielle is an adult," Kim told Andy Cohen last month. "She's almost 20, so talk to her. And why not? Shoot 'em up! I've heard her complain about her lips since she came out of the womb, honestly."

And while Kim is fully supportive of all of her daughter's decisions—including her dream of becoming a celebrity reporter—she recently told toofab in an exclusive interview that she's not looking forward to the day that Brielle leaves the nest.