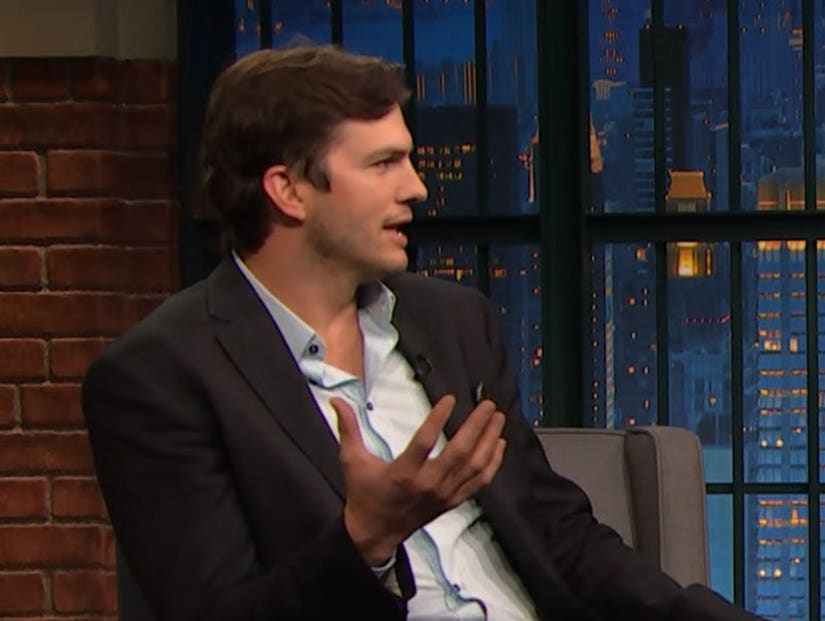 Wyatt Kutcher is quite the little linguist!

On Thursday, Ashton Kutcher stopped by "Late Night," where he revealed that his two-year-old has the gift of gab—in three languages.

Kutcher's wife, Mila Kunis, speaks fluent Russian and communicates with her family in the language.

"Mila's grandparents basically only speak Russian, so I took like six months of Russian to understand what they were saying," explained Kutcher. "Russian is a very aggressive language. It doesn't matter what you say, it sounds like you're yelling...Everything sounds really aggressive. I thought that they really didn't like me. I thought that they were really upset," he said. "I learned it just so I could understand what everyone was saying, and it turns out they were just like, 'We love you so much!' Now I got it. Now I know. They love me!"

Wyatt will likely be able to speak Russian before long, making her quite the sophisticated toddler. But it isn't all class with the precocious kid. Kutcher explained she has a penchant for one particular curse word.

Weeks later when the dog chewed up the carpet, Wyatt was at the ready to admonish him with "F—k, Ricky!" yet again.

"I think I've got her convinced that it's 'fox' now," said a hopeful Kutcher. "I'm pretty sure she thinks it's 'fox.'"

Kutcher and Kunis are expecting their second child--which Kutcher accidentally revealed will be a boy—in eight weeks.