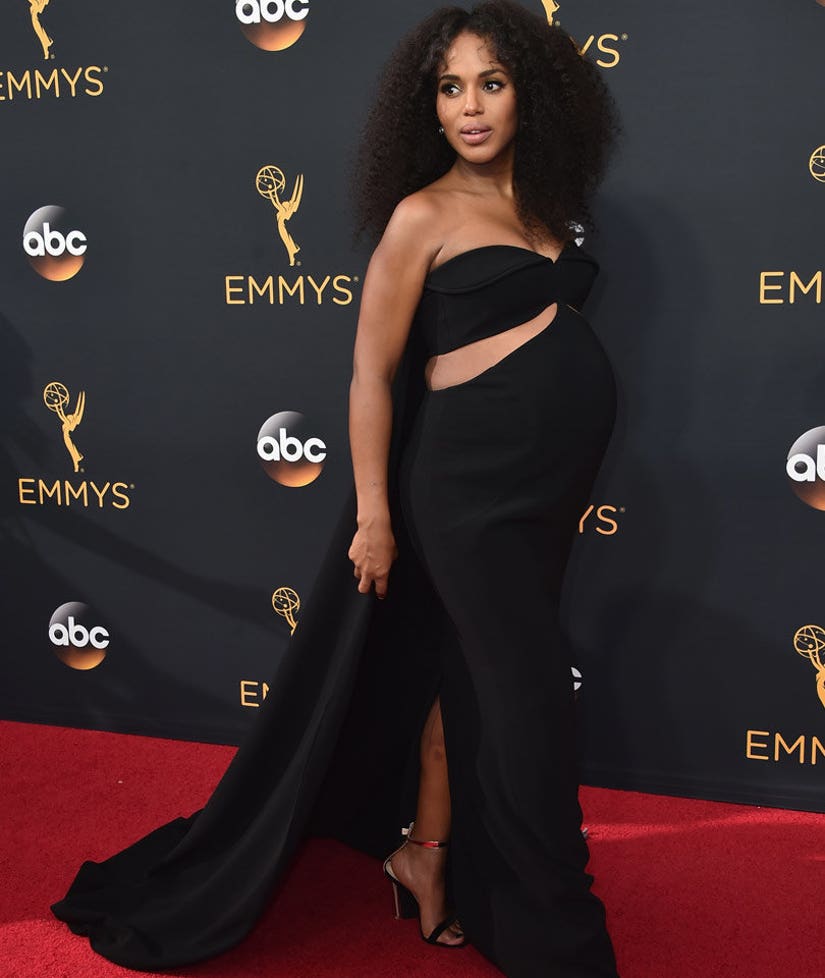 The "Scandal" star and husband Nnamdi Asomugha have reportedly welcomed their second child together, a baby boy named Caleb Kelechi Asomugha. According to E!, Caleb was born on October 5 and joins the couple's 2-year-old daughter Isabelle.

The 39-year-old actress has been flaunting her baby bump all year long, after debuting her growing belly at the White House Correspondents' Association Dinner back in May. She later put her pregnancy curves on display at both the Met Gala and the Emmy Awards.

Washington spoke out about the trouble with maternity wear while shooting "Scandal" back in August.

"There's nothing high-end for professional women who are pregnant," she told InStyle. "So for the show, we wind up just buying the same clothes. We will cut out the front of Armani trousers and put in a pregnancy panel."

She also said her pregnancy led to the realization that she needed more "stillness" in her frenzied celebrity life.

"There's something about pregnancy," she says, "that willingness to take up more space in the world—that is liberating."

Well, her family is taking up a little more space now! Congrats to the happy couple.