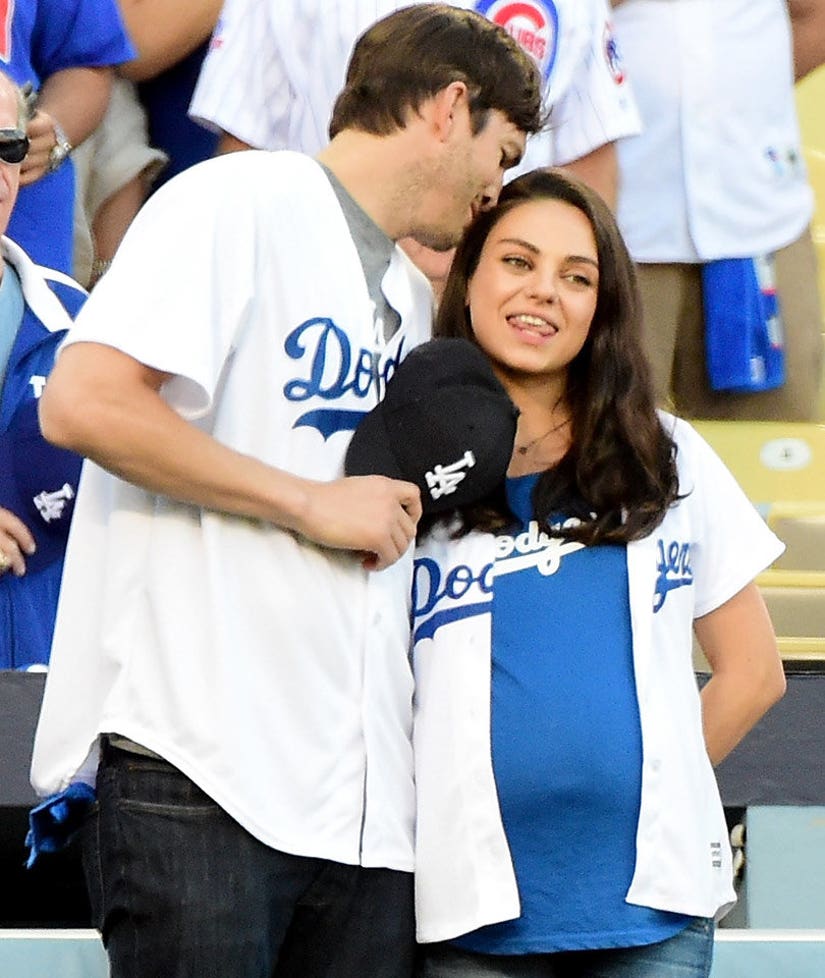 The cute couple attended the playoff game of the Los Angeles Dodgers versus the Chicago Cubs on Thursday in Los Angeles.

Kutcher and Kunis showed off their LA pride, decked out in head-to-toe Dodgers gear. The "Bad Moms" star likewise flaunted her growing baby bump in a blue Dodgers T-shirt.

She and Ashton also showed off a little PDA while chatting to reporters on the field.

The "That '70s Show" stars -- who tied the knot in 2015 -- are currently expecting their second child together. Their baby-to-be will join their 2-year-old daughter Wyatt. 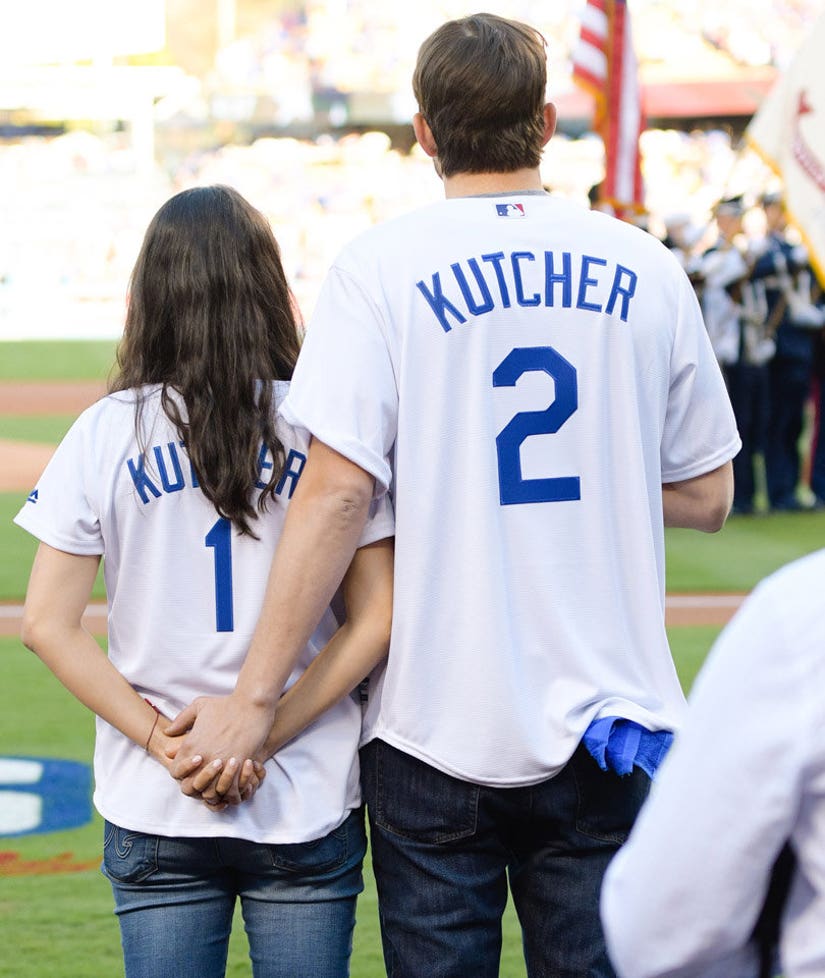 Kunis opened up about their family during an appearance on "The Kyle and Jackie O Show," in August, where she revealed that both she and Ashton are raising their kids to not be "a--holes."

"It's so important because we both came from pretty solid poverty backgrounds and grew up very poor and are very much self-made and are very aware of what a dollar is worth," she explained. "Nothing's been handed to us."

What do you think about the couple's Dodger appearance? Sound off below and check out the gallery above to see more expecting stars!