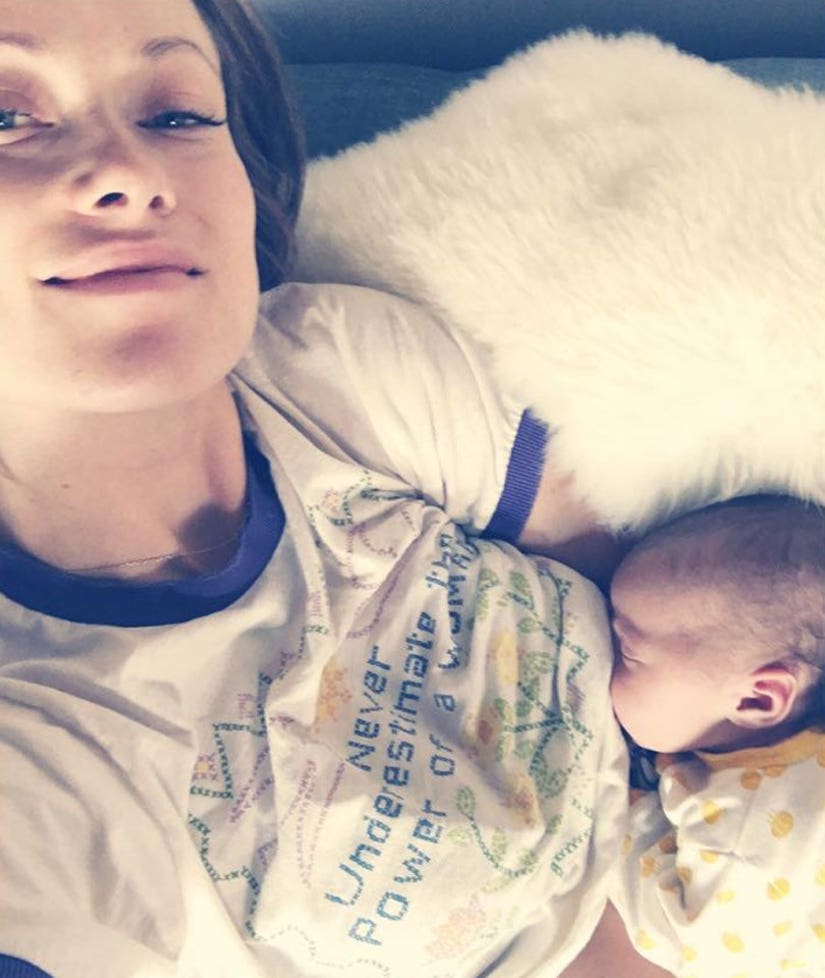 Olivia Wilde has got herself a new drinking buddy!

"My drinking buddy. #neverunderestimatethepowerofawoman," wrote Wilde, who smiles up at the camera as her 2-week-old nuzzles up to her.

Wilde, a vocal feminist, sports a T-shirt with the same message as her hashtag—"never underestimate the power of a woman"—for the intimate shot.

It comes as no surprise that the mother of two would include an empowering message along with her brelfie, considering the fact that she got a lot of backlash for posing a breastfeeding shot with her son Otis during a 2015 photo shoot for Glamour magazine. Many non-breastfeeding moms felt the actress was shaming them for their decision to bottle feed.

"I've learned a lot about that debate since that photo shoot and certainly since becoming a mother," the "Vinyl" star later said in an interview with Yahoo Beauty about the controversial shoot. "One thing that is very clear to me is that it should be every individual woman's choice what she wants to do. But once she makes that choice, she should be publicly permitted to do that in whatever way she needs to. Certainly there should be no pressure on women to breastfeed, or they are made to seem like they are terrible mothers. I think that's really unfair."

Wilde welcomed Daisy with husband Jason Sudeikis, 41, on October 11 and took to Instagram to announce her little one's birth with another pro-feminist hashtag.

"There goes the neighborhood," she captioned an adorable shot (above) of her sleeping baby. "Daisy Josephine Sudeikis. Born, like a boss, on #internationaldayofthegirl.