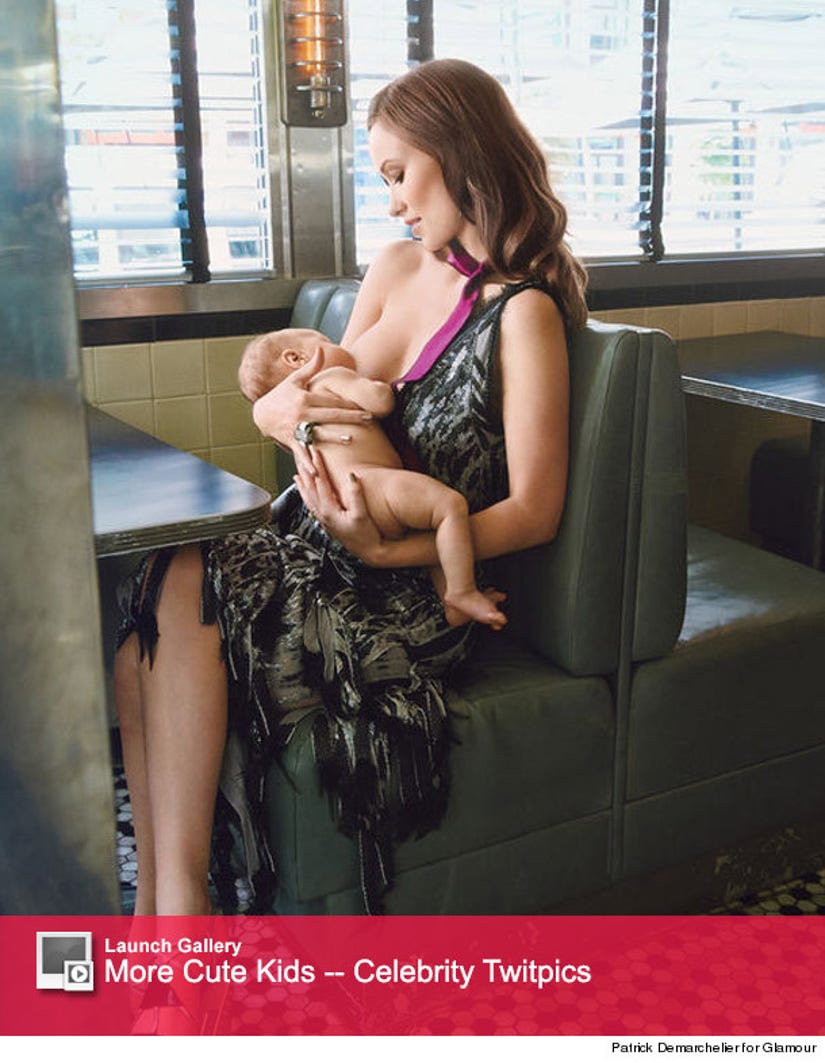 The gorgeous brunette covers the September issue of Glamour magazine, where she shows off her amazing post-baby body and poses with her son Otis.

Rocking a zebra-printed asymmetrical Roberto Cavalli dress with a pink tie and Prada wedges, Wilde holds her 3-month-old in her arms as she breastfeeds inside a vintage diner.

"Being shot with Otis is so perfect because any portrait of me right now isn't complete without my identity as a mother being a part of that," she tells the mag. "Breastfeeding is the most natural thing."

The 30-year-old looks completely at peace as she holds her adorable baby boy, too. "I don't know, now it feels like Otis should always be on my breast," she adds. 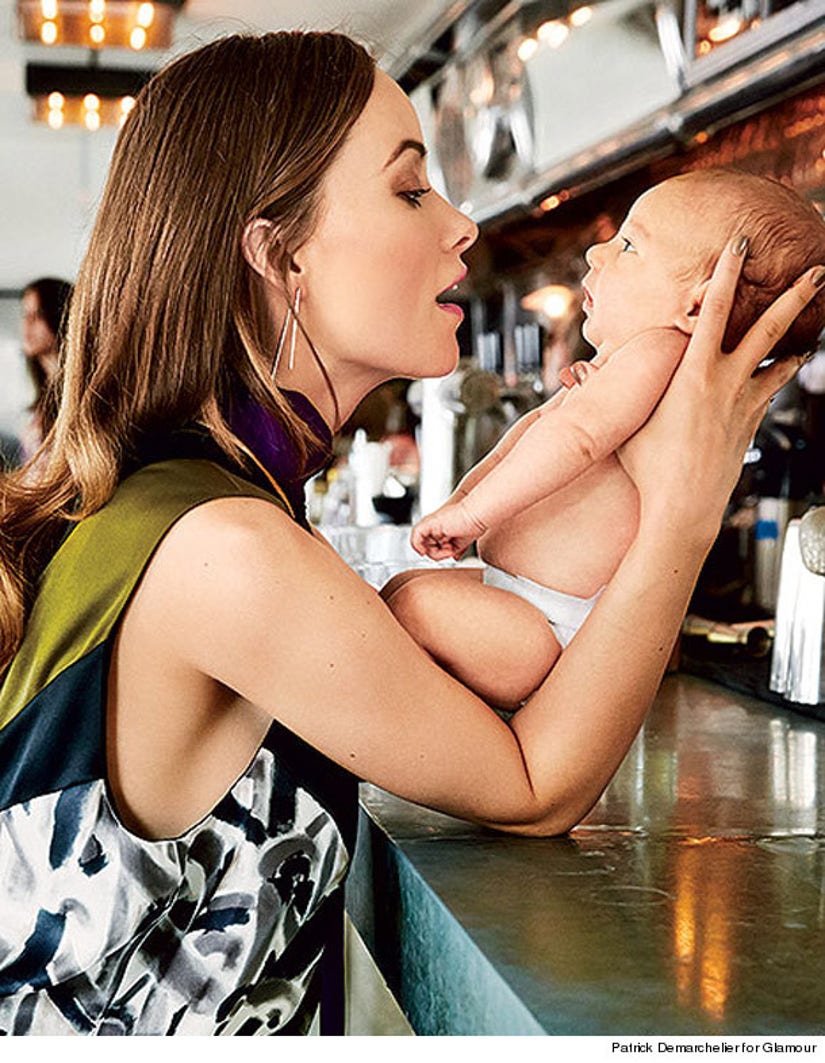 "It felt like we were capturing that multifaceted woman we've been discussing—that we know we can be. You can be someone who is at once maternal and professional and sexy and self-possessed. [But] I mean, I certainly don't really look like that when I'm [typically] breastfeeding. And there's usually a diaper involved."

The "Her" star and fiance Jason Sudeikis welcomed their first child together in April, but they have no "specific plans" when it comes to tying the knot.

"We're engaged, but no specific plans yet," Olivia explains. "We just have to find the time to put it together. In many ways, a child is more of a commitment. We are fully committed and really happy as a family. And there's no definition of the 'normal family' anymore. Kids today are growing up with so many different definitions of family. I guess what I'm saying is that I don't feel any pressure to do it. But I think it will be really fun."

This will be the second marriage for both Wilde and Sudeikis, the "Rush" star married Tao Ruspoli (at 19-years-old) in June 2003 but the two later divorced in 2011. 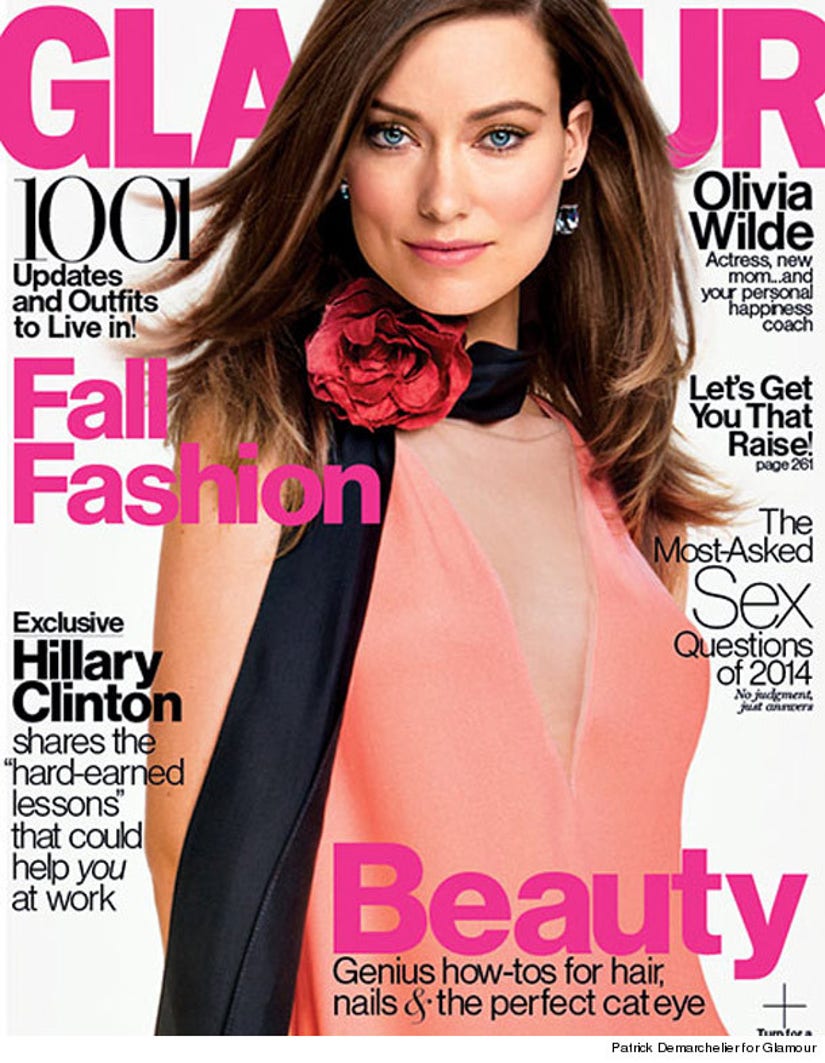 "[I] wouldn't be this person without that first marriage," she reveals. "I really grew up with my first husband. Now I'm in a much wiser, more centered place in life. I think if we can see people in our lives as chapters, we have a much healthier perspective about the whole thing. It's like it had to happen the way it happened. Jason and I lived two blocks away from each other for years and never met."

And when it comes to parenting, the brunette beauty attributes her success to her mother Leslie Cockburn, who's a successful writer, producer and filmmaker.

"My mom is such a badass working mother. That inspired me when I was pregnant. I wasn't going to sacrifice myself because I was becoming a mother," she reveals.

We love Olivia's views on motherhood -- what do you think about her candid comments? Sound off below and click "Launch Gallery" above to see more cute celebrity kids!