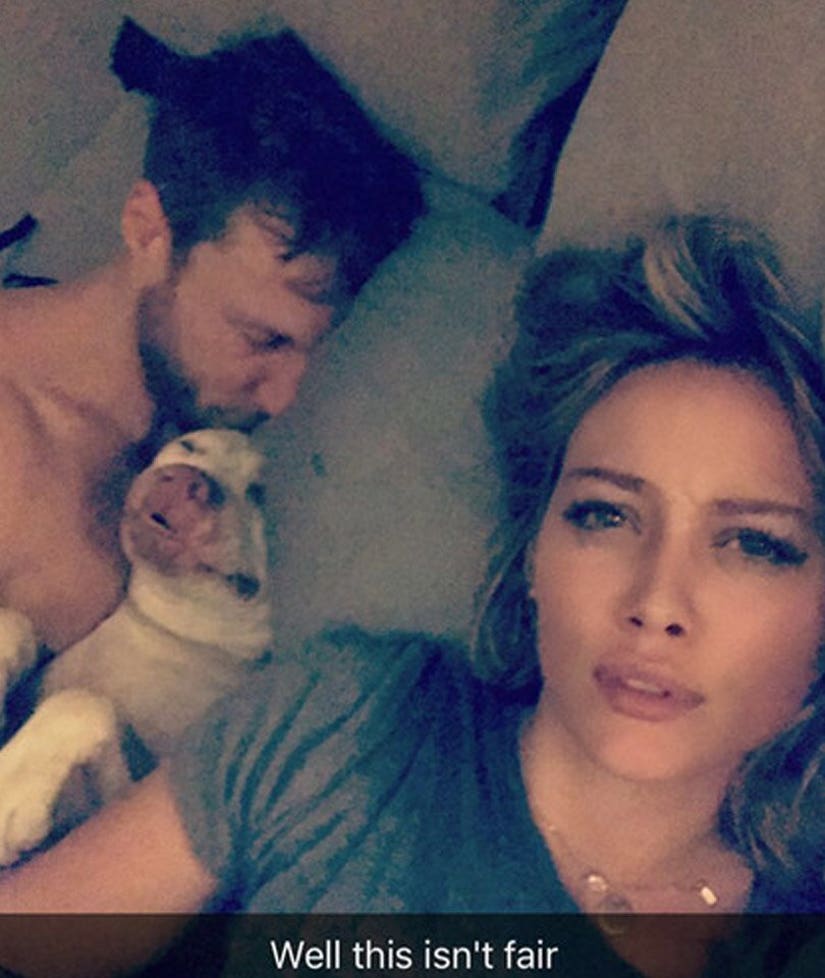 Hilary Duff was the odd woman out while in bed with boyfriend Jason Walsh on Wednesday night!

The "Younger" actress took to Snapchat to share a shot of herself lounging next to her beau and his pit bull. A shirtless Walsh and his pup cuddle up to one another and sleep soundly while Duff remains wide awake.

"Well this isn't fair," wrote Duff, who lounged in a gray T-shirt and gold necklace.

And while Duff may have missed out on this case of adorable puppy love between man and his best friend, she certainly seems happy with all other aspects of her relationship with the trainer.

Just last month, the 29-year-old took to Instagram officially acknowledge her relationship with Walsh with a black-and-white snap of the two sharing a sweet smooch.

"Date night with J," she captioned the pic, along with a heart emoji.

The post was much more revealing than the "Lizzie McGuire" alum's interview with "FOX 5's "Good Day New York," which saw her remaining pretty cagey about her romance.

"We have [found a little 'like' with each other]," a visibly uncomfortable Duff said when asked about their relationship. "We've known each other for a really long time and he's a great guy and we have a lot of fun together. It's nice to have that excitement in my life."

When asked directly if she was "back in a relationship," the blonde beauty merely giggled and threw her hands up.

Since then, the star has seemed to have wholeheartedly embraced the relationship publicly. After all, she did just post an intimate shot of herself in bed with her man.

We're guessing she's going to be a little more open about her relationship moving forward!