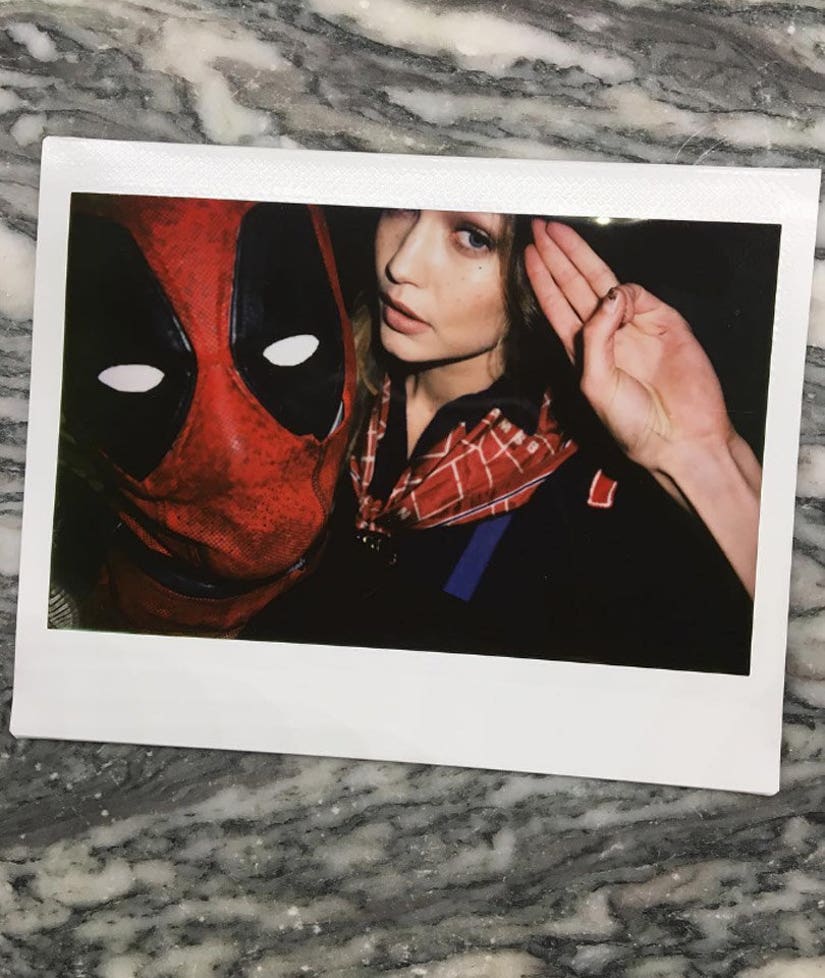 It pays to have famous friends.

Taylor Swift had Ryan Reynolds to thank for her Halloween costume this year -- which appears to be one of the actual "Deadpool" outfits the actor wore in the film!

"Thanks @vancityreynolds for this costume, you're the BEST deadpool inside contact ever," the "Bad Blood" singer captioned a shot of herself posing alongside BFF Gigi Hadid, who was dressed as cub scout for the holiday.

Swift counts Reynold's wife, Blake Lively, as one of her many gal pals but the former "Gossip Girl" star was missing from the singer's Halloween festivities, which saw some of her tried and true squad members turning out for the occasion.

And though she couldn't join the group, she made sure to comment of Swift's borrowed costume, commenting "HusbandUpgrade" on one of her Instagram shots.

In addition to Hadid, Camila Cabello, Lily Donaldson, Martha Hunt and Kennedy Raye, who was also celebrating her birthday, got together to toast the spooky holiday.

"Happy Halloween from Deadpool, a Cub Scout, Martha Brady, a space cadet, a granny with a lost cat, black swan, and a birthday girl dressed as a cat," Swift captioned a group shot of her famous squad. "Happy birthday @kennedyrayee WE LOVE YOUUUUUU."

A video from the festivities also saw Hadid helping Hunt with her bloody Marcia Brady nose, because that's what friends are for.

That and letting you borrow outfits from major motion pictures.

What do you think of Taylor's costume? Sound off in the comments and check out more celebrity Halloween costumes in the gallery above!