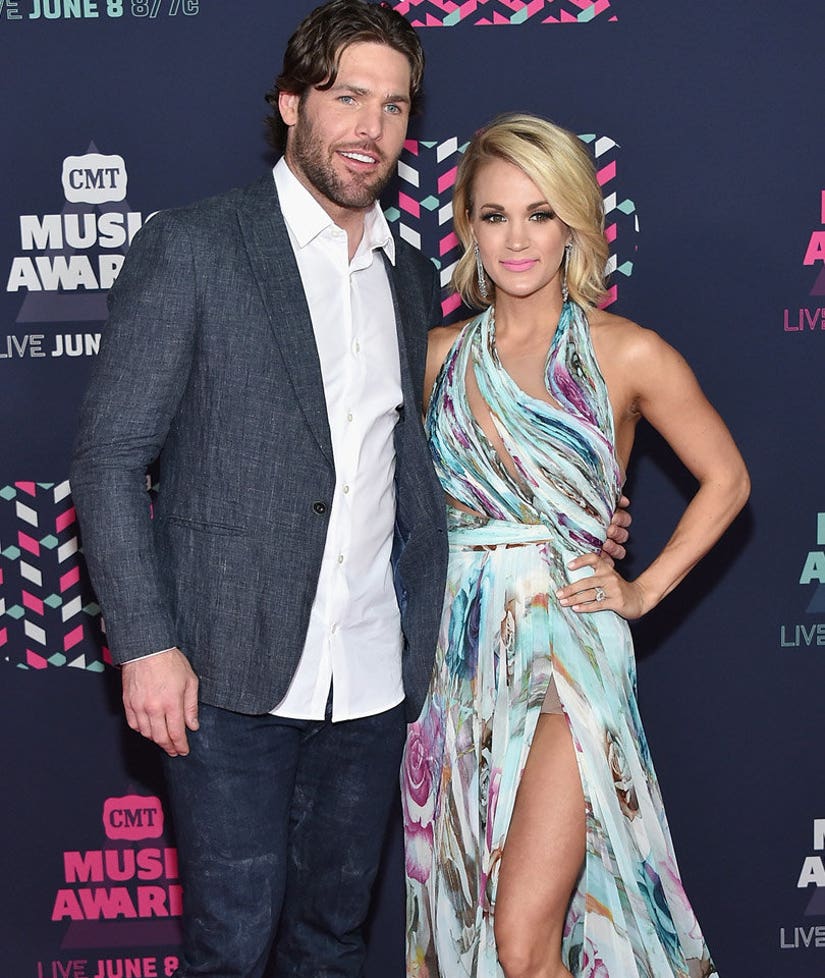 Mike Fisher is a man who go after what he wants!

Carrie Underwood stopped by the "Tyler Oakley Show, where shared some of her "Dirty Laundry" for a special segment.

During the candid conversation, the 33-year-old "Church Bells" singer revealed that she met her NHL hockey star hubby during a fan meet-and-greet.

"Wouldn't you hope that your husband is a fan of you?" Tyler said to Underwood, before asking, "Have you ever made out with a fan?"

Clearly it was love at first sight! The cute couple eventually tied the knot in 2010 and share son Isaiah Michael Fisher together.

And while she's head-over-heels for her hubby, there is one celeb that Carrie says she has a little crush on: Chris Pine.

"I don't ever want to meet him because he's a crush. Just stay pretty on my screens," she joked.

What do you think about Carrie's comments? Sound off below and check out the gallery above to see more of Hollywood's hottest celebrity couples!