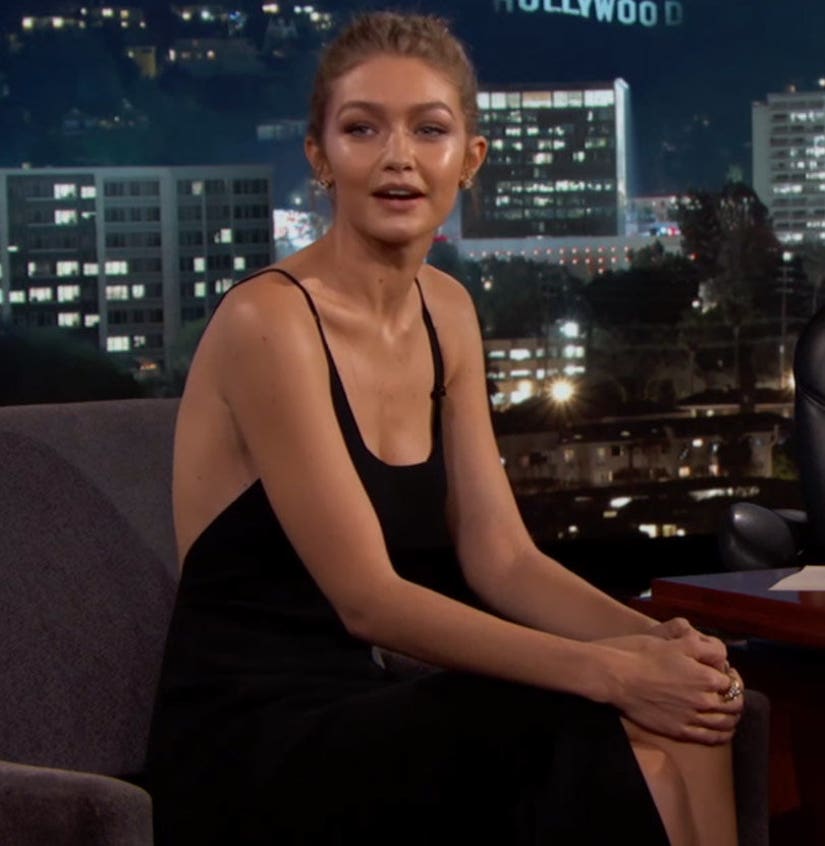 There's no doubt Gigi Hadid is a fan of boyfriend Zayn Malik--but that wasn't always the case!

On Wednesday, the supermodel stopped by "Jimmy Kimmel Live," where she confessed to never having really been a fan of her beau's boy band, One Direction.

Though Kimmel pointed out the fact that the 21-year-old is just about the right age to have been a crazed Directioner, Hadid revealed pop songs weren't really her thing growing up.

"I grew up in a household that...my stepdad was a classical music producer," Hadid said, referring to mom Yolanda Hadid's Grammy-winning ex husband David Foster. "Andrea Bocelli, Josh Groban, that was the music I was into."

Ever the loyal girlfriend, the blonde beauty still gave Malik and his boy his former boy band member pals some love.

"I think we can all name a One Direction song that we like," she said, but Kimmel's audience met her remarks with silence.

"But maybe not," she laughed.

While she may not have been the biggest fan of the Brit boy band, Hadid sang Zayn's praises as a musician in his own right.

"I love Zayn Malik solo a lot more, I think," gushed Hadid, who starred alongside her boyfriend in a steamy video for his song, "Pillowtalk."

And in a recent interview with Harper's Bazaar, the leggy lady revealed that she and Malik also enjoy singing together from time to time, but skip the stage in favor of her New York City apartment.

"I love to sing Broadway show tunes at home, which makes me the worst neighbor but is a good stress reliever," she said. "I love 'Popular' from 'Wicked.' That's the only one I'll tell you because I know at some point, someone's going to ask me to do this and that's the only one I'm willing to do publicly. My boyfriend gets into it too."