Justin Timberlake clearly wasn't aware of the effect he had on women back in the day.

Mandy Moore stopped by "The Late, Late Show" where she shared a story about how JT permanently scarred her when she was just a teenager.

When the "This Is Us" star was 15-years-old, she went on the road with *NSYNC and the Backstreet Boys, landing the spot as their opening act.

Though the singer-turned-actress didn't interact with the guys a whole lot, there's one conversation she had with Timberlake that has stuck with her through the years. 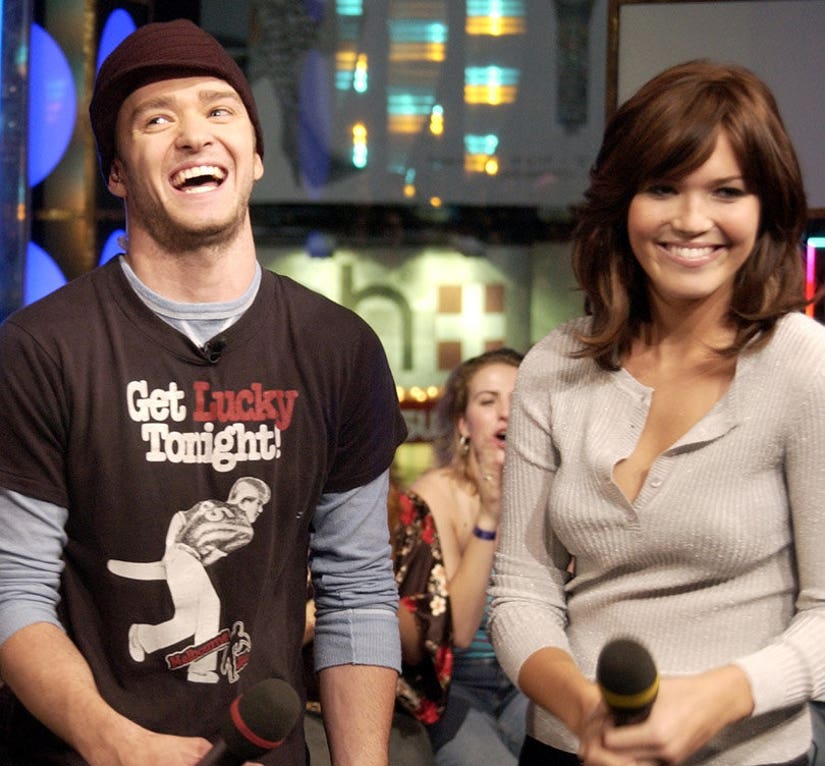 "I remember distinctly one time walking backstage, and I didn't really see much of the guys because I was the measly opening act," she told James Corden.

"He was like, 'You have big feet for a girl,'" she explained. "I'm sure he doesn't remember this at all but I was so impressionable, and I thought the world of him and he was on a pedestal. I mean 16 years later it stuck with me, so it really scarred me emotionally."

"It was embarrassing," she declared.

Although, the brunette beauty does say she wears a size 10 shoe, "but I'm 5 feet 10 inches tall."

What do you think about the 32-year-old's confession? Sound off below and check out the gallery above to see more pop stars then and now!