Billy Eichner just pulled a fast one on a few unsuspecting New Yorkers.

The comedian takes to the streets of NYC with Seth Rogen for a new segment of "Billy on the Street," where he convinces random passersby that the "Neighbors" star has died ... as Seth films their reactions.

The first woman Billy approaches doesn't know who the "Knocked Up" star is. "Seth, Seth, Seth," she muses. Clearly his name not ringing a bell.

"Are you serious," a second woman says in shock ... as you can see the actor's face peeking out from behind the camera. "Oh my gosh, my chest is hurting," she says.

"What will you remember most about him?" Billy asks. "He was funny!" she says. 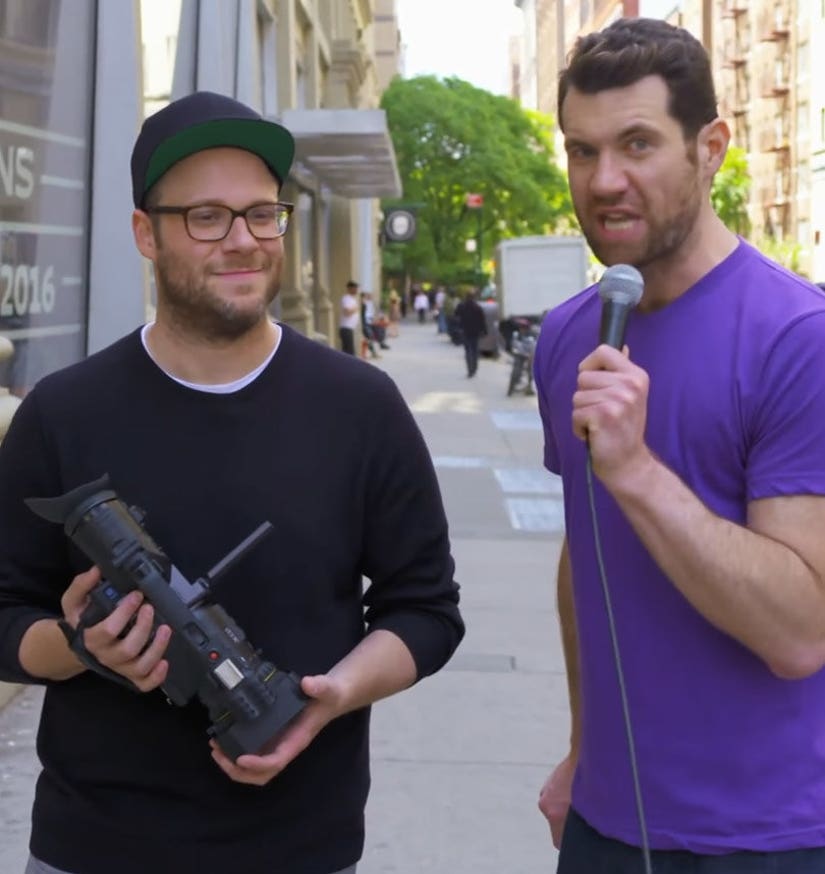 Finally, Billy breaks the news that Seth is alive and well and standing right in front of her. "He's alive!" he shouts. "He made me do this," Rogen confesses.

Billy approaches another man who seems to not know Rogen's work that well. When Eichner tells the man they don't know what he died from, the guy goes off on a tangent. "What do you think it was?" he asks.

"I don't know, probably some kind of health issue," the man says. "I hope it's not drugs ... and then they always drop the AIDS card," he continues. "Everybody says, 'Oh they had AIDS.'"

"What, no! I don't think Seth Rogen had AIDS," Billy exclaims.

After that, Billy finds the actor's biggest fan and makes two gay men's dreams by introducing them to their favorite "bear."

It definitely seems like not as many people know who Seth is as we would have thought. What do you make of people's reactions to his faux death? Sound off below and check out the gallery above to see more leading men then and now!