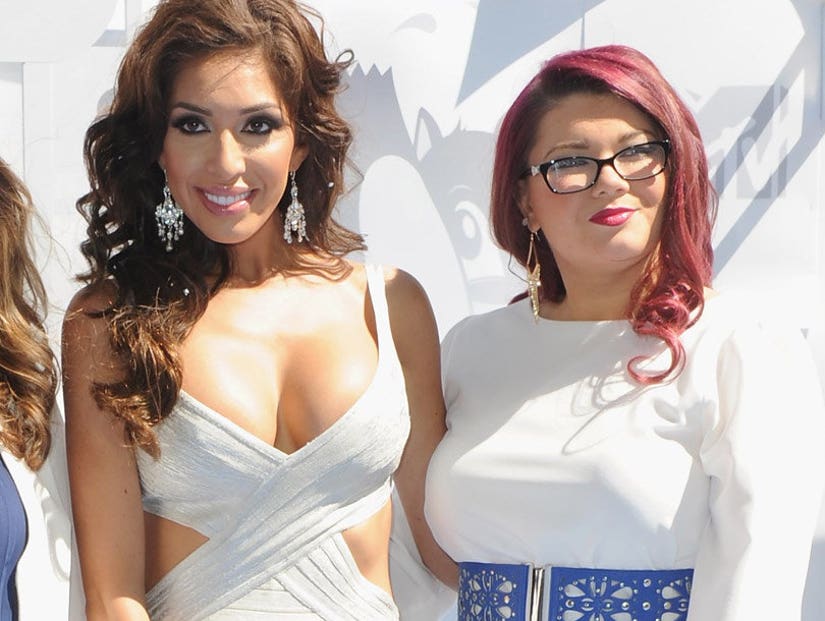 The battle is on between Amber Portwood and Farrah Abraham.

The former put the latter on blast multiple times Monday night, during new episodes of "Teen Mom OG" and the finale special that followed.

During the episode itself, Portwood threw some major shade Farrah's way while discussing her own "mommy makeover" with a producer of the show. After being asked what Amber plans to get done, the reality TV star says she still wants to look natural ... unlike someone else on the cast.

While that was just a sly diss, Portwood took things to another level during a sit-down with Dr. Drew Pinsky during a special that aired after the new episode.

When asked whether she and Abraham were "O.K.", Amber made it very clear that they aren't.

"We used to be and then she decided to open up her crooked lips. She decided to do an interview saying something about how it's good that [Amber's daughter] Leah is with Gary and how my house probably smells like piss. You don't do that," Portwood explained. "She's been mean to Catelynn, Maci, my fiancee, Taylor, everybody on this show and her piece of s—t boytoy Simon."

"When she makes a quote saying she's the reason why this show is on, well I'm sorry, when I went to prison, this show was not on and when I got out is sure as hell was on," she continued. "And she was selling her vagina while I was gone. We'll make that clear."

When Dr. Drew then asked if she could stay more positive at all, Portwood then went in on how Pinsky treats Abraham -- and how it should change.

"Dr. Drew, do not let her get away with what she does, and you do. You need to call her out more when she's sitting on this stage," Amber demanded. "You let her get away with a lot of things. The way she speaks to the crew, the way she speaks to people in general, her mother, her father, is disrespectful and disgusting. I'm just saying what a lot of people think. She needs to change."

Portwood went on to say that she would accept an apology from Abraham if one was offered ... but, based on a sneak peek at next week's reunion, she shouldn't hold your breath.

In a clip aired on MTV, Farrah appears to refer to Amber's much older fiance as a "pedophile" ... leading to a confrontation between the two that we can't wait to watch.

"Just because someone's 20 years older than me doesn't mean he's a pedophile," Portwood says as she storms the stage in the preview. "I'm gonna stand up for my f--king man!

"Don't ever speak of me again," she screams.

Check out another version of the promo below -- the episode airs next Tuesday.