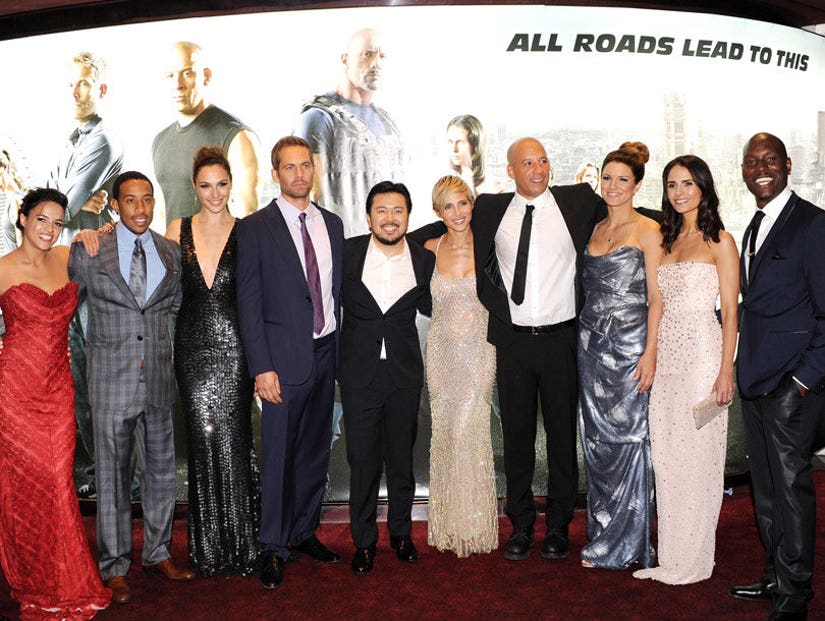 Paul Walker's "Fast & Furious" family took to social media today to pay tribute to the late actor, on the three-year anniversary of his devastating death.

Walker's costar Tyrese Gibson honored Paul on Instagram, sharing an emotional montage of his favorite moments with his dear friend.

"This week is always rough for those of us who really knew him personally 14 years of laughter, hugs and love literally one of the nicest people on HUMAN FEET," Gibson captioned the video. "Nov 30th we lost an angel! Paul treated everyone with the upmost respect and went out of his way to make everyone feel like they mattered... I love and I miss you dearly."

**Jordana Brewster**, who played Paul's love interest in the franchise, shared a sentimental photo on Instagram as well, captioning the image "Love you forever, miss you forever."

Ludacris also took to the 'gram to share a photo of his late costar from one of the Fast" films. "Always in our Hearts," he wrote alongside the photo. "Gone but never forgotten. #love."

And **Vin Diesel**, who still regularly posts throwbacks with his former costar and works to raise awareness for the actor's **Reach Out Worldwide** charity, changed his Facebook banner earlier today in honor of his late friend.He also shared a photo of the two of them together last week, promising to "to make Pablo proud" with the future films of the franchise.Walker and his friend, **Roger Rodas**, both passed away in an tragic automobile accident in 2013. The actor, who left behind daughter **Meadow Rain Walker**, was only 40.