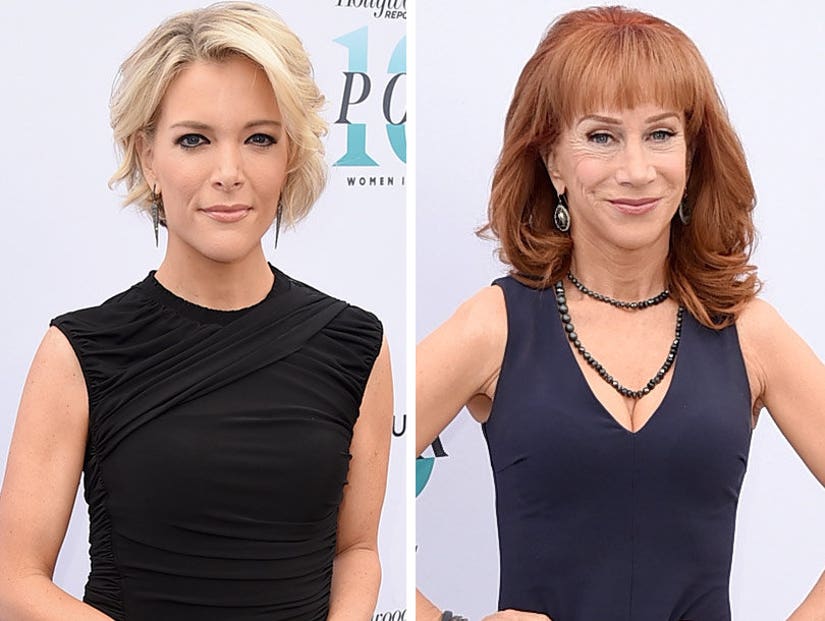 Kathy Griffin is not here for Megyn Kelly's positive words on the President-elect.

Both women attended Hollywood Reporter's annual Women In Entertainment Breakfast on Wednesday, where the popular Fox News host made speech in which she praised Donald Trump.

"I have high hopes for him. Despite the tweets and all the rest of it, there is much to admire about Donald Trump," Kelly said.

"Guess who that is? Kathy Griffin," the journalist shot back, to laughs from attendees.

"There is, stop that, stop that," Kelly said. "There's room for the loyal opposition in this country, absolutely." Griffin then flipped the bird.

"The more we understand that and understand why he won this election, the better off we'll be as a country when we understand each other," Kelly continued after the jeering stopped. "We should appeal to his best angels and we should hold him to account when the little devils appear."

"When and if the dark horses rear their ugly heads, we must maintain our dignity," she added. "As a people and as women, we must reject the urge to fight with pigs, which gets us dirty and the pigs enjoy. That's actually been my number one lesson of the last year. But if a fight is unavoidable, we fight, with composure and with grace."

Kelly also praised Michelle Obama and Hillary Clinton during her speech, saying the First Lady "set the example for us all in how to stand up for what we believe in with grace and class."

Of Clinton, Kelly said she broke "a barrier no other woman has ever had in America and told little girls, listen up, you're next."

Griffin subsequently took to Twitter to retweet video of the moment, explaining, "Wellll, I just HAD to boo the mention of Prez d bag. Middle finger up!"

See the video above -- or watch her speech in full over at The Hollywood Reporter. 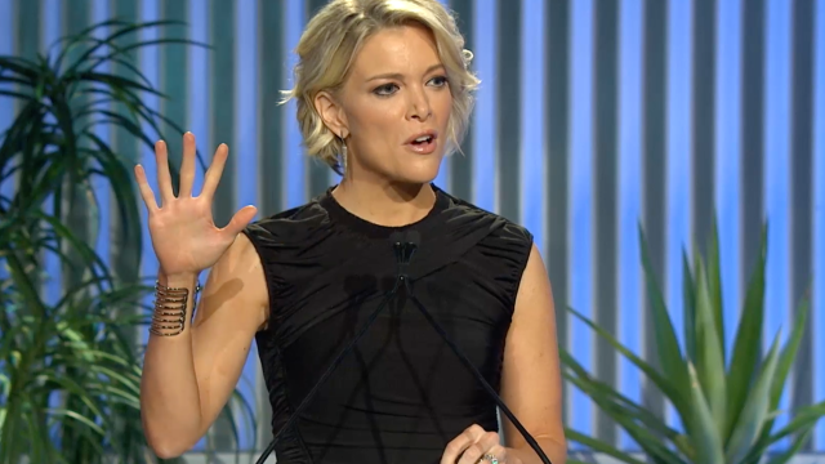