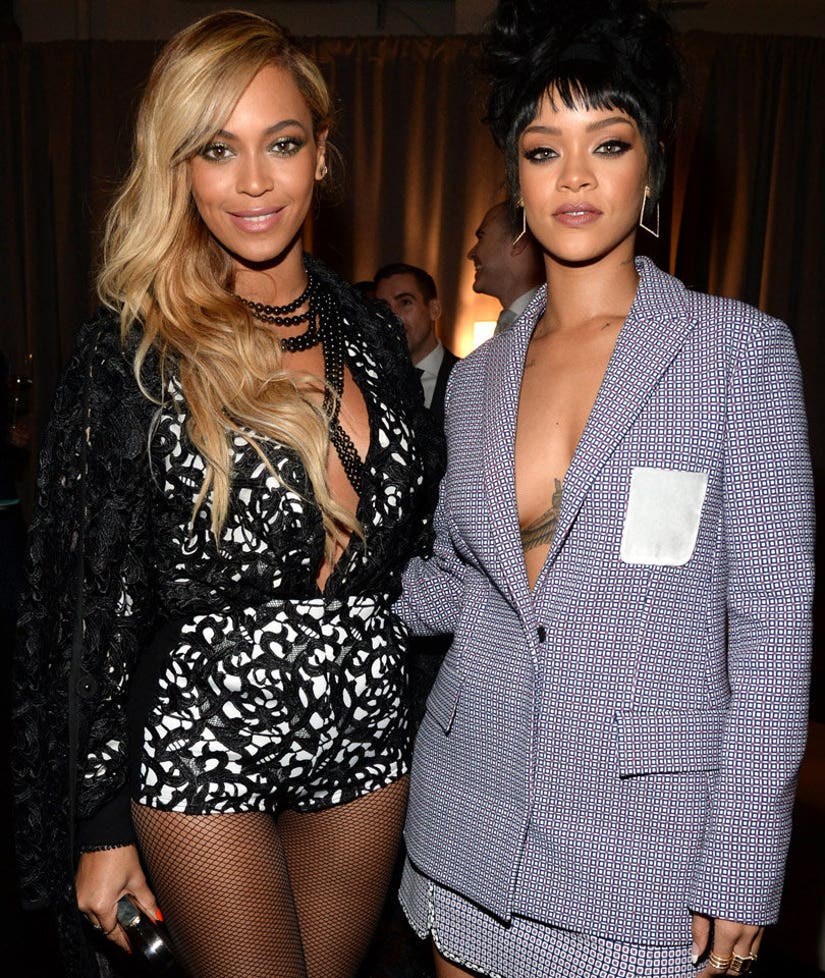 Rihanna wants to make one thing very clear: she's not feuding with Beyonce.

Both women were nominated for multiple Grammy Awards on Tuesday, but while Knowles' "Lemonade" picked up a nomination for Album of the Year, RiRi's "ANTI" failed to make the cut. And when the "Kiss It Better" singer liked one of her fan's Instagram post shading Queen Bey's success in that department, the Beyhive took notice.

"Congrats and all to @badgalriri and all for her 8 Grammy nods but tbh f--k them because they snubbed her for Song of the Year and Album of the Year," the Instagram post in question read. "Like how my n---a!? I think they didn't want her tied or passing someone else cough cough [Lemon emoji]. Cause if they wouldn't have played her she would have been in the lead with the most Grammy nods. F--k u Grammys, ANTI did amazing things this year and y'all played her. I think y'all shook!"

After the "Formation" singer's fervent fans went in on social media, Rihanna commented on the post to set the record straight.

"I never actually read your caption, thought the pic was funny and moved right along! Til I seen it pop up over and over!" she wrote. "I'm petty af, yes. But this is just unnecessary! I wish y'all would drop this topic and see things from the bigger picture! We don't need to be putting black women against each other! We deserve to be celebrated, and the Grammy Academy agrees!"

Don't believe her? Rihanna also spoke out about this so-called feud in Vogue back in March as well.

Click here to see the full list of Grammy nominations. Do you think "ANTI" deserved an Album of the Year nomination? Sound off below.