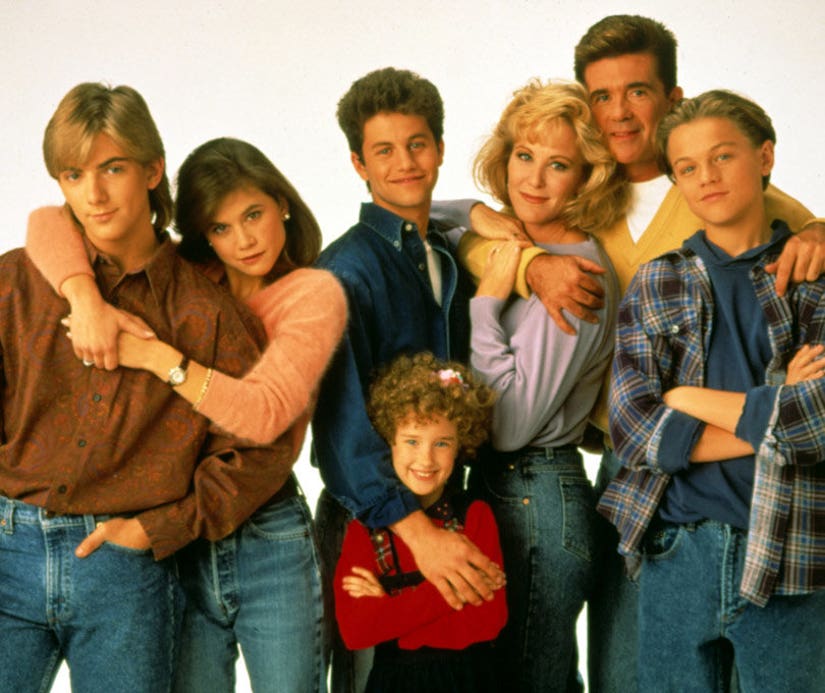 Alan Thicke's TV family paid tribute to the late actor after his death on Tuesday night. The actor, best known for playing Dr. Jason Seaver on the long-running ABC sitcom, died of a heart attack in Los Angeles.

Kirk Cameron, who played Thicke's son Mike Seaver on 'Growing Pains,' took to his Instagram page to share his memories of working with his on-screen father.

"I spent Monday through Friday for seven important years with Alan Thicke as my 'TV dad,'" he captioned a photo of the two from the show. "I'm shocked and truly heartbroken today at the news of his death. Alan was a generous, kind and loving man. I am so blessed to have grown up with him. Chelsea and I send our love and prayers to his family tonight. We will cherish the memories... 'sharing the laughter and love.'"

Cameron's wife is Chelsea Noble, who played Mike's girlfriend on the long-running series.

Alan's "TV wife" Joanna Kerns also shared some kind words about Alan on Twitter, in response to actor Daniel Franzese tweeting his condolences to her.

@WhatsupDanny Alan made me laugh everyday-usually at myself. Loved you dearly RIP old friend.

Leonardo DiCaprio, who appeared on the final season of the show, shared a sweet tribute on Facebook as well.