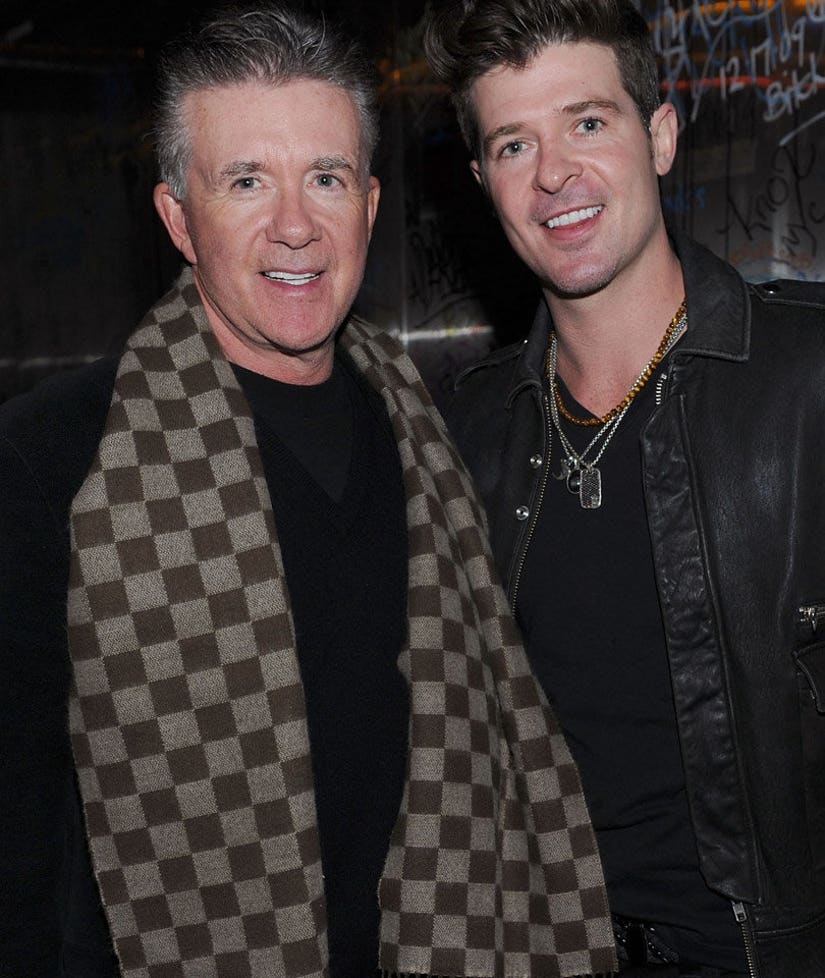 Alan Thicke's sons, Carter and Robin Thicke, are opening up about the death of their father.

The "Blurred Lines" singer took to Instagram late Tuesday night to confirm the news of his dad's passing, along with a note about his life.

"My Father passed away today," he wrote. "He was the best man I ever knew. The best friend I ever had. Let's all rejoice and celebrate the joy he brought to every room he was in. We love you Alan Thicke. Thank you for your love. Love, your grateful son."

Robin also spoke with The Los Angeles Times on Tuesday night, where he called his father "the greatest man I ever met" and "always a gentleman."

"The good thing was that he was beloved and he had closure," added Robin. "I saw him a few days ago and told him how much I loved and respected him."

The "Growing Pains" star passed away at the age of 69 after suffering a heart attack while playing hockey with his teenage son, Carter.

And Robin's ex-wife, Paula Patton, seemingly referenced the death with a Mother Teresa quote on her Twitter page after the news broke.