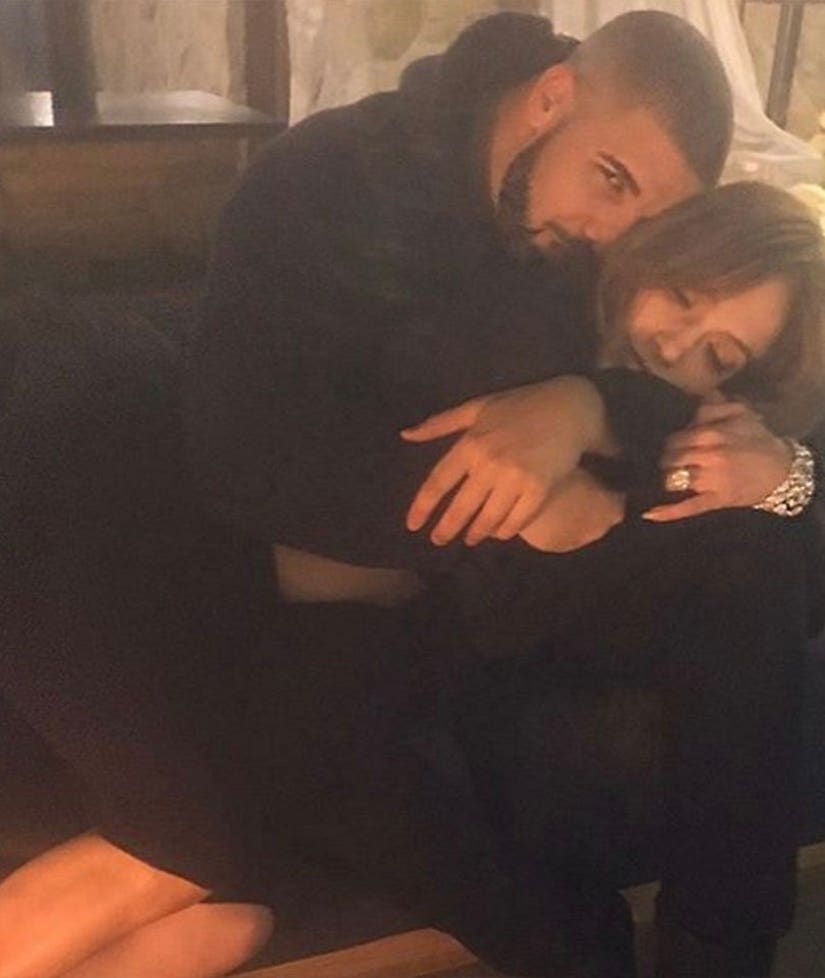 The "Hotline Bling" rapper cozied up to the "Luh U Papi" singer in a photo posted Tuesday night, and though the picture was shared on both Drake and Lopez's Instagram, fans were left in the dark as to what this photo could mean: neither Drake nor Lopez captioned the snap at all.

Fans of the two shared their excitement on the artists' respective pages.

Rumblings that the two have been dating on the sly began weeks ago, but this is the first look we've seen at a moment so intimate and candid between the duo.

Lopez, 46, sparked talk that she was dating the younger 30-year-old Canadian R&B star, earlier in December when Drake attended two of Lopez's "All I Have" shows in Las Vegas. He also took her out to dinner at West Hollywood's latest hotspot "Delilah" on Monday, Dec. 19.

Earlier in 2016, Drake was linked to on-again, off-again fling Rihanna, with whom he split in October. Fan speculation ran rampant when the "Work" singer unfollowed Lopez on social media over the holiday weekend.

See more photos Hollywood's hottest couples in the gallery (above).