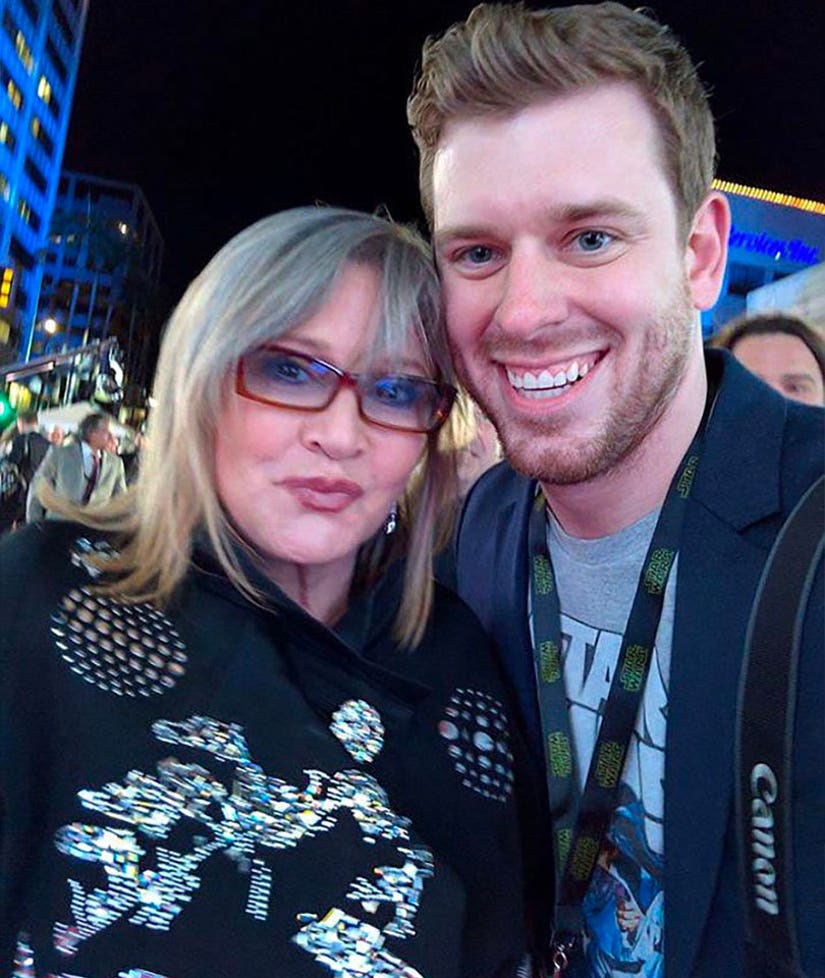 Vidal shared the photo (above) which featured a smiling, vivacious Fisher in a 2015 selfie at a "Star Wars: The Force Awakens" premiere, and revealed that Fisher was charming as ever.

"The last time I met Carrie Fisher was on the red carpet for 'The Force Awakens.' I asked if she wanted to take a selfie, and she replied 'Only if you promise to tell everyone we're dating,'" Vidal said.

In three another Facebook posts, the Toronto-based vlogger wrote, "I haven't felt this way about any other celebrity death. My insides feel like they're squeezing. I've cried twice today. This hurts."

In a statement obtained by TooFab on Tuesday, a spokesperson for the "Star Wars" actress and family said: "It is with a very deep sadness that Billie Lourd confirms that her beloved mother Carrie Fisher passed away at 8:55 this morning. She was loved by the world and she will be missed profoundly."

Fisher's heart stopped during a flight from London to LAX on Dec. 23. The actress was administered CPR for 15 minutes until the planed landed. Paramedics rushed Fisher to a nearby hospital just after noon in Los Angeles. According to TMZ, Fisher never regained consciousness and her condition did not improve.

At the time of her death, the actress was currently on a book tour promoting her memoir "The Princess Diarist" and was in London filming the last season of the U.K. comedy "Catastrophe."

See Vidal's posts (below) as well as Fisher's life in photos in the gallery (above).