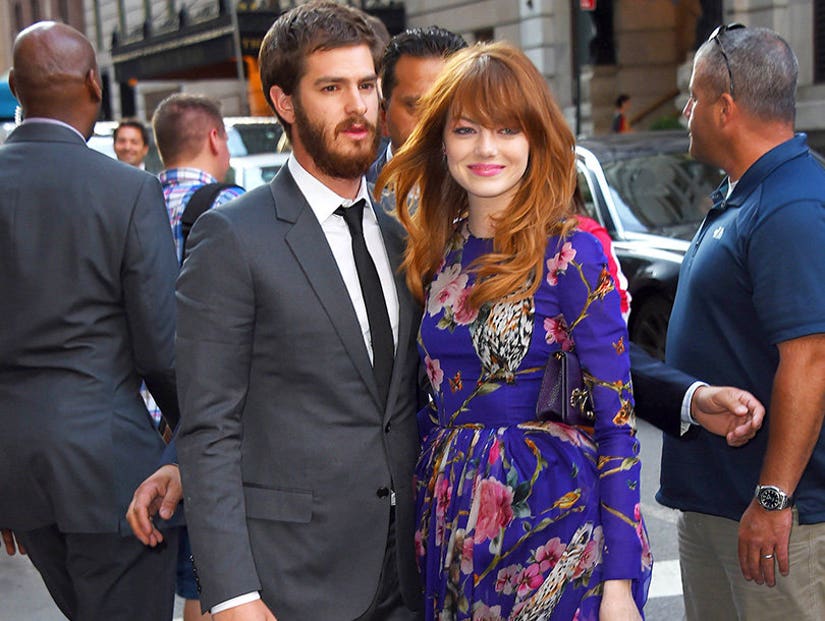 Andrew Garfield doesn't have a bitter bone in his body about his 2015 breakup with longtime love Emma Stone.

In an interview with Vanity Fair, Garfield gushed over Stone's "La La Land" success and expressed his love for the actress.

"We care about each other so much, and that's a given, that's kind of this unconditional thing," Andrew said of his ex-girlfriend. "There's so much love between us and so much respect ... I'm her biggest fan as an artist. So for me, it's been bliss to be able to watch her success and watch her bloom into the actress that she is. And it's also been wonderful to have that kind of support for each other. It's nothing but a beautiful thing."

Stone was one of Andrew's many friends at the Golden Globes on Sunday night who help keep him grounded.

"I was overwhelmed that I had such sincere, authentic Hollywood friends," he said of how he felt at the award show. "Which I don't think is a common occurrence. I had about seven or eight real, true anchors in that room and in the parties following. Emma, of course, is one, Claire Foy is another, Laura Dern. Eddie Redmayne, Jonah Hill ... these are people that I actually love in a real, sincere way, and I believe they love me back. I was just struck with this deep gratitude."

Andrew also revealed the life lessons he learned from his "Hacksaw Ridge" character Desmond Doss, a pacifist who served in the military during WWII, that President-elect Donald Trump could apply to his upcoming presidency.

"Desmond Doss as a human being, everything that he was and everything that he symbolizes and personifies, especially in the times we're in ... the human qualities of humility, compassion, living a life of love and devotion and service to your fellow man," he described, "these are the things that I hope our president-elect wakes up to within himself at some point. We've got to hope, right?"

You can listen to the full audio of Garfield's interview here.