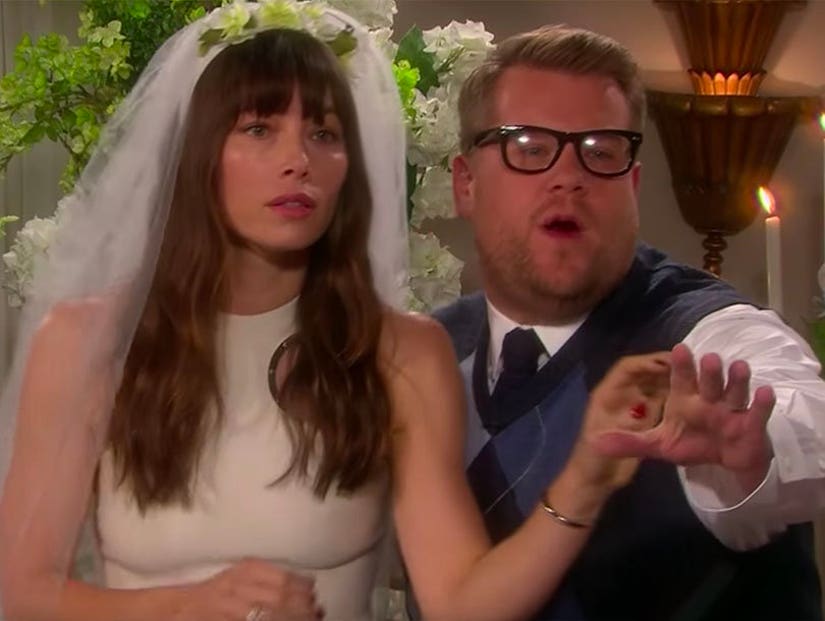 "You should be honored by my lateness that I would even show up to this fake s--t!" Corden said, quoting West's hit "Stronger."

After Jessica is conflicted over choosing between Corden or Cranston, Cranston's character pulls out the lyric from "Famous," saying, "I made that b-tch famous!"

Both Jessica and James interrupt the skit and say, "Whoa, whoa, whoa, you can't call her that," and "not cool."

Flubbing the rapper's name, Cranston says: "No, no, no, that is genuine Conway West lyrics... It's about Taylor Swift."

Watch the video (below) for the rest of the hilarious drama and see Giovanni get into the mix, too.