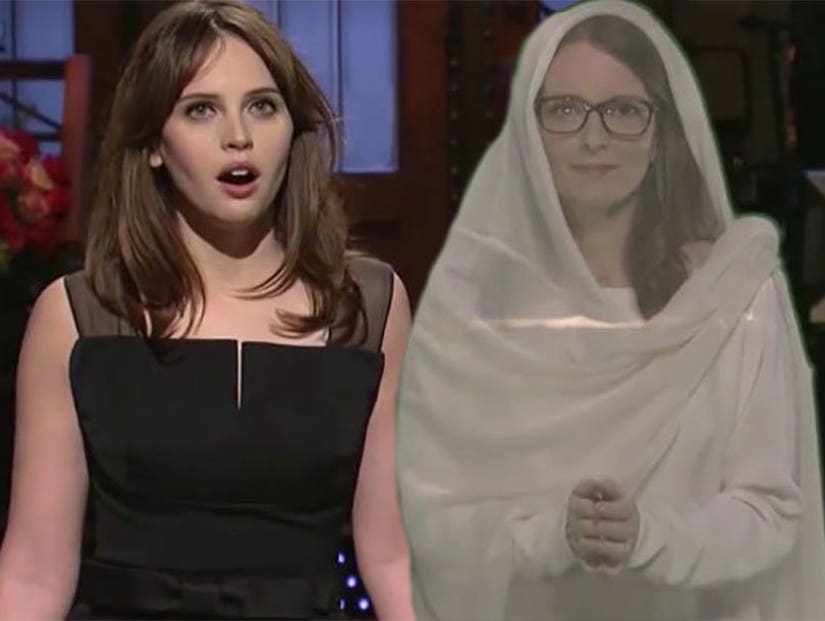 "Saturday Night Live" guest host Felicity Jones had a little help from "Star Wars" characters during her monologue, where she joked about her latest starring role in standalone film "Rogue One."

Jones "SNL" got some advice from Tina Fey, who appeared as a Princess Leia hologram. Cast member Kenan Thompson also made an appearance as a wheezy Forest Whittaker, who portrayed "Rogue One's" Saw Gerrera.

The episode marked Jones's debut as the host of the long-running comedy sketch series, and comes on the heels of the release of the "Star Wars" story which, at the time of TooFab's reporting, has grossed $925,435,734 worldwide.