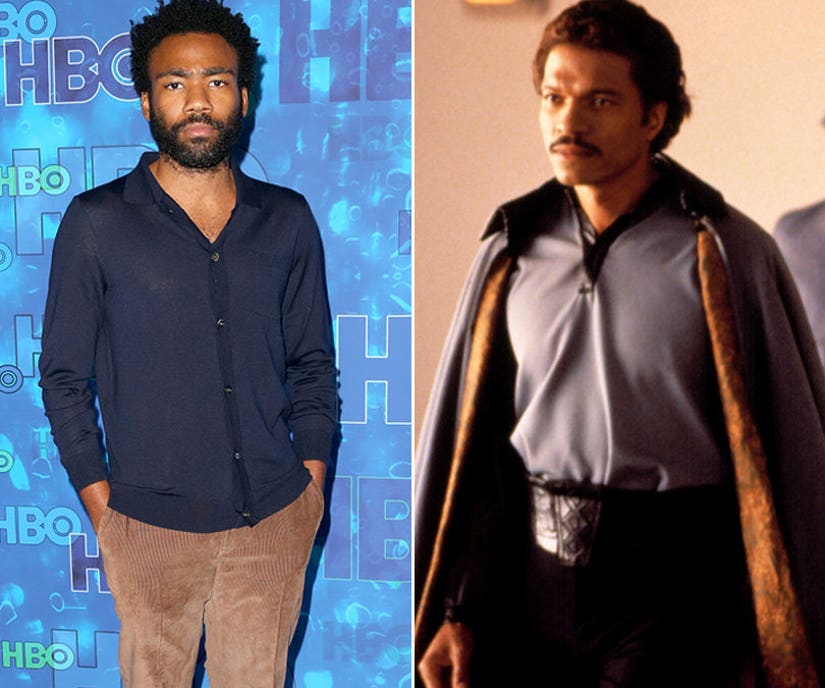 Donald Glover is headed to a galaxy far, far away.

The "Atlanta" star/creator has just been cast as a young Lando Calrissian in the upcoming stand alone Han Solo film, a "Star Wars" prequel that will focus on Harrison Ford's character.

"We're so lucky to have an artist as talented as Donald join us, directors Phil Lord and Christopher Miller announced in a statement. "These are big shoes to fill, and an even bigger cape, and this one fits him perfectly, which will save us money on alterations. Also, we'd like to publicly apologize to Donald for ruining Comic-Con for him forever."

Glover will step into the "cape" of Billy Dee Williams, who played the space smuggler in "Return of the Jedi" and "The Empire Strikes Back." He joins Alden Ehrenreich -- your new Han Solo -- in the film, due for release in 2018.

Lucasfilm says the movie will follow the two "at a time in their lives previously unexplored."

"This new film depicts Lando in his formative years as a scoundrel on the rise in the galaxy's underworld — years before the events involving Han, Leia, and Darth Vader in 'The Empire Strikes Back' and his rise to Rebel hero in 'Return of the Jedi,'" it adds.

This new film puts Glover in both the "Star Wars" and Marvel cinematic universes, as he'll also be seen in the upcoming "Spider-Man: Homecoming."