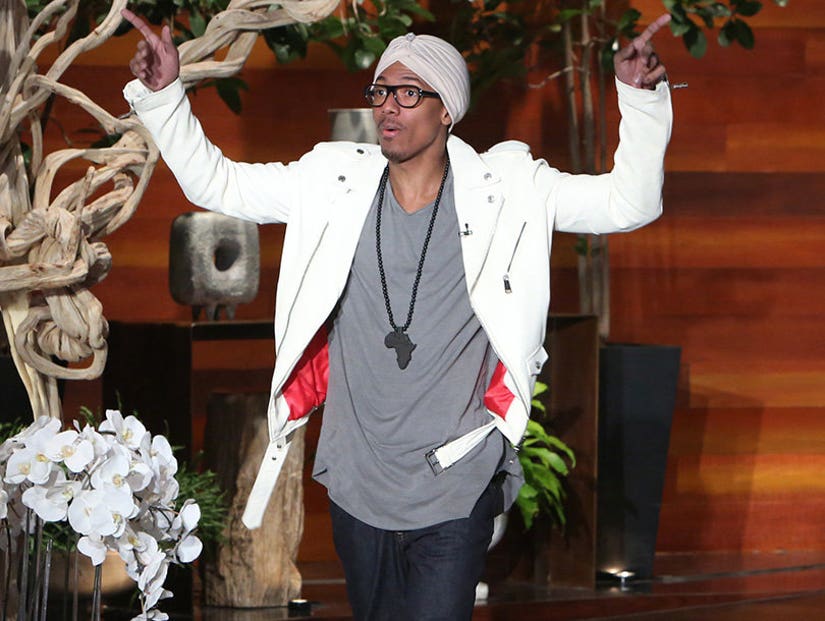 Even though Nick Cannon and Mariah Carey aren't married doesn't mean they don't still have each other's backs.

"You know me, I'm a conspiracy theorist... I think the government did that. They set her up," Cannon joked.

On a more serious note, Cannon defended his ex-wife and mother of their twins, Monroe and Moroccan.

"Anyone who knows about performing and having inner ear [microphones] knows things like that can go wrong on live television. I think she got a little flustered. But being the diva she is, she said, 'I'm just going to walk around and pose for seven minutes,'" he said.

Supporting Ryan Seacrest's fawning, Cannon said, "Like Ryan Seacrest says, she can do no wrong. So she worked through it."

Hear more about his relationship with Mariah and what he said about the "cultural" and "religious" turban he wore on the talk show.

Watch the full video (below).