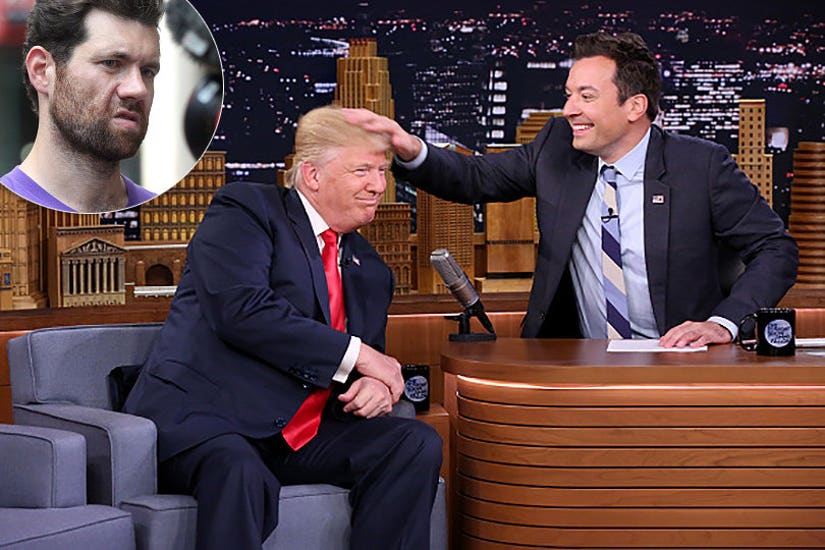 Billy Eichner is taking aim at Jimmy Fallon's interview with Donald Trump back in September and hopes the "Tonight Show" host will be more "mindful" of the impact his "powerful platform" has on millions of people.

"Moving forward, with how potentially dangerous these guys can be, you can't be fluffing a Nazi sympathizer's hair on television," Eichner told** Vulture in a new interview.

"I thought it was naïve and a bit of a slap in the face to all the people that I know for a fact Jimmy Fallon loves and celebrates: the LGBT community, women, people of color." he said. "I've done Jimmy's show twice. I think he is a huge talent. I really, really do."

Eicher isn't the first to criticize Fallon over the appearance which featured "The Tonight Show" host lobbing softball questions and fluffing Trump's signature hair during the heat of his campaign against Democratic rival Hillary Clinton.

"I hope that he'll be more mindful of that because Jimmy does have a big platform. He gets double the ratings of the other guys. He is probably speaking to more Trump voters than you or I," the "Billy on the Street" host said.. "And I do think there's a responsibility to not take things lightly. Even if you're a performer whose go-to is to focus more on the more lighthearted stuff. I could be wrong, but I have a feeling he wouldn't it again."

"I don't think that was a good moment," Billy said.

Just after facing backlash over Trump's appearance, Fallon told TMZ at the time that he's "never too hard on anyone" and called the new politician a "good sport."