Aziz Ansari hosted the first "Saturday Night Live" after Donald Trump was sworn in as America's 45th President and spent the monologue criticizing his racist supporters.

"Pretty cool to know that he's probably at home watching a brown guy make fun of him," Ansari said during his opening monologue. "Interesting couple of days, man. Yesterday Trump was inaugurated. Today an entire gender protested against him," the comedian continued, referencing the Women's Marches across America.

Cautioning America to avoid judging those who did vote for Trump, Ansari continued saying that not everyone who voted for Trump should be "demonized."

"Some people are like 'Everyone who voted for Trump is a dumb, racist, misogynist, homophobic ...' " he said. "Alright, hold on, we're talking about 63 million people. The problem is, there's this new group. I'm talking about a tiny slice of people that have gotten way too fired up about the Trump thing for the wrong reasons. I'm talking about the people where as soon as Trump won they're like 'We don't have to pretend like we're not racists anymore! We don't have to pretend anymore, we can be racists again!' "

Ansari described the underlying hatred as a "new, lowercase kkk movement" comprised of "casual white supremacists," and called for Trump to denounce the hate groups that have been popping up all over the country since he announced his run for the Presidency.

"It's not about politics," he said. "It's about basic human decency and remembering why the country was founded in the first place.

Ending the monologue with a message to Americans who are nervous about Trump's presidency, Ansari said, "If you look at our country's history, change doesn't come from presidents. Change comes from large groups of angry people. And if day one is any indication, you are part of the largest group of angry people I have ever seen," he said, referencing the marches around the world since Trump took office.

See the nine-minute monologue in the video (above). 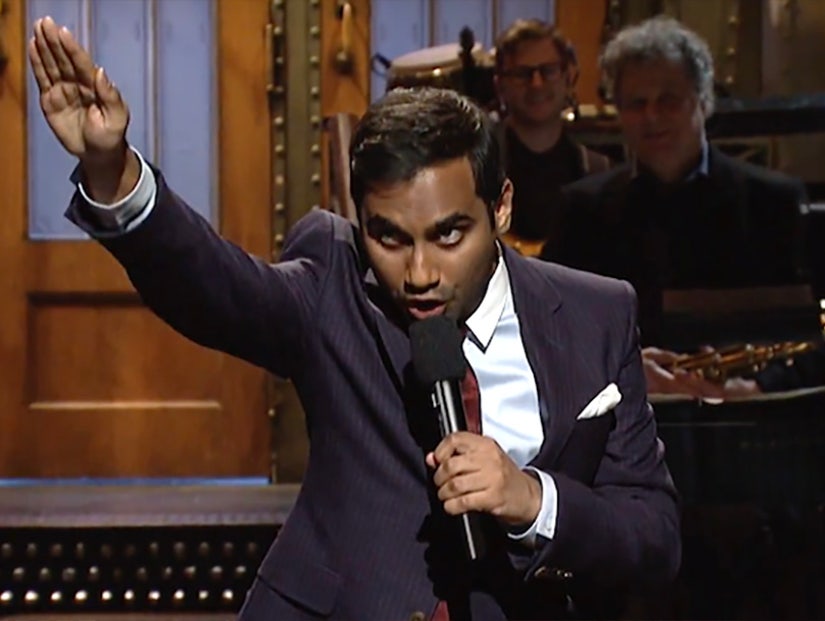