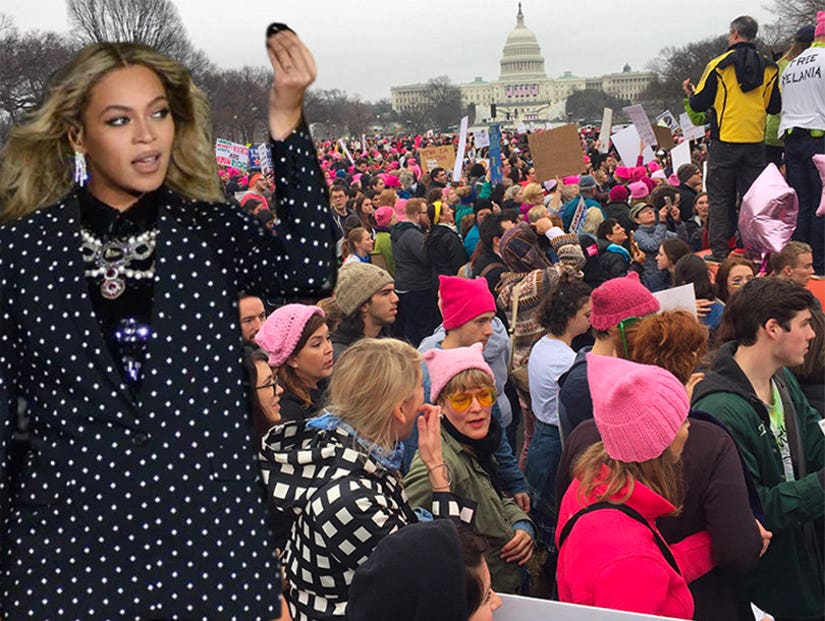 Beyoncé and Ariana Grande are among the stars banding together to voice their support for Saturday's Women's March on Washington.

Bey voiced her support for the march in a Facebook post which read: "Together with Chime for Change, we raise our voices as mothers, as artists, and as activists. As #GlobalCitizens, we can make our voices heard and turn awareness into meaningful action and positive change. #WomensMarch."

Grande revealed that she'd be attending the events with her mother and grandmother.

"I'm so excited to march with these two incredible ladies tomorrow!" Ariana captioned in an Instagram photo of the two women. "I can't wait to share this #womensmarch with the strongest women in my life and with all of the other strong, beautiful, unique, empowered, brilliant, amazing women out there who are marching as well!"

Ariana shared the following photo this morning en route to the march.

See more: What Celebrities Are Saying About Donald Trump's Inauguration

Kicking off at 10 a.m. EST, the crowds, several blocks deep on Independence Avenue, gathered from around the United States to march in response to President Trump's election, many wearing pink hats. The coordinated colors and hats are a nod to Trump's "grab them by the pussy" line that emerged during the presidential campaign. Men, women and celebrities descended upon the Capitol Saturday as well as in cities across the country for the Women's March on Washington.

Watch the livestream (below).