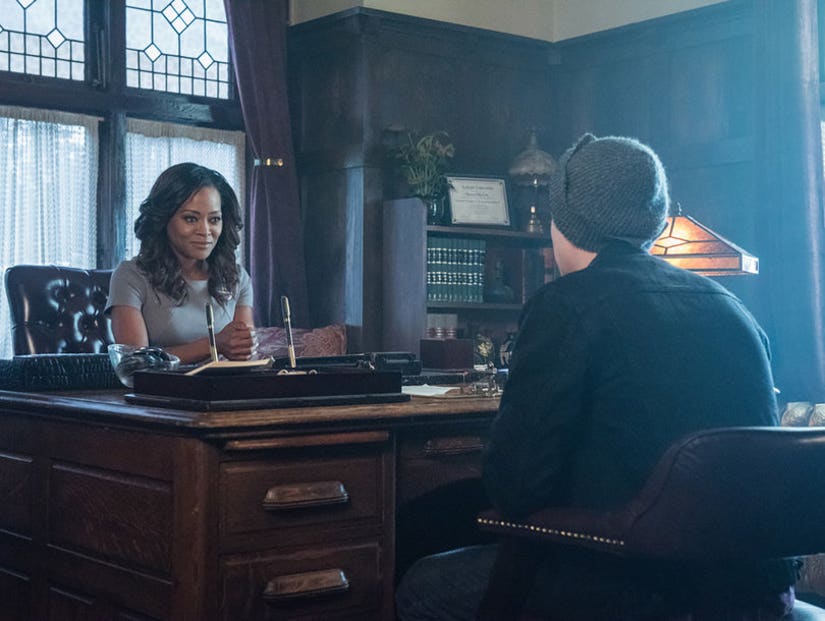 30 years after playing a teenager on '80s sitcom "Head of the Class," Robin Givens is back on another high school show, but boy has a lot changed.

Givens finds herself at the other edge of the spectrum on The CW's "Riverdale," playing mayor and mom on the series, a murder mystery starring the characters from the Archie comics. Givens is joined by fellow Hollywood veterans and former teen stars Luke Perry, Madchen Amick, Marisol Nichols and Molly Ringwald.

"I love playing the mom and one thing I have to say that I love is sitting around waiting on set with Luke Perry and talking about home," she told TooFab's Madison Brodsky. "Because at one point we kind of just looked at each other and go, 'When did we become the parents?!'"

"I'm very interested at this point in my career is doing different things than I've done before," she added of the role. "I love 20th century women, I love that we can kind of carry the load and try to keep the balls in the air, it's probably closer to my own life. "

Givens is proud to play a strong black woman on the show, which also sees her on-screen daughter, Ashleigh Murray, head an all-black Josie and the Pussycats. When it comes to diversity, Givens said she "can't believe we're still having this conversation."

"I think it is unbelievably important that people who look like me are represented on television," Givens said. "I used to be competitive in academics and there wasn't really division, but [racial division] is considered to be okay in this industry and I think it's important that everyone feels they are included and represented. I'm very proud to be a part of show that represents diversity and America in every way."

The 52-year old actress also loved how a show based off of an older comic could transform itself into one that explores the issues of today.

"I think that's what makes this show, at this time, the way that they're doing it, so special because we're not living when I was growing up, we're living now," Given said. "Kids are so willing to face and deal with issues and they want to talk about the issues. They're hungry for it. They want to tackle every issue and make the world a better place."

As for whether her own kids, sons Michael and William, will be tuning in she joked, "If Venus or Serena were in the series, they would be watching it. I'm sure they will love it though."

"Riverdale" airs Thursday nights at 9 p.m. ET on The CW.