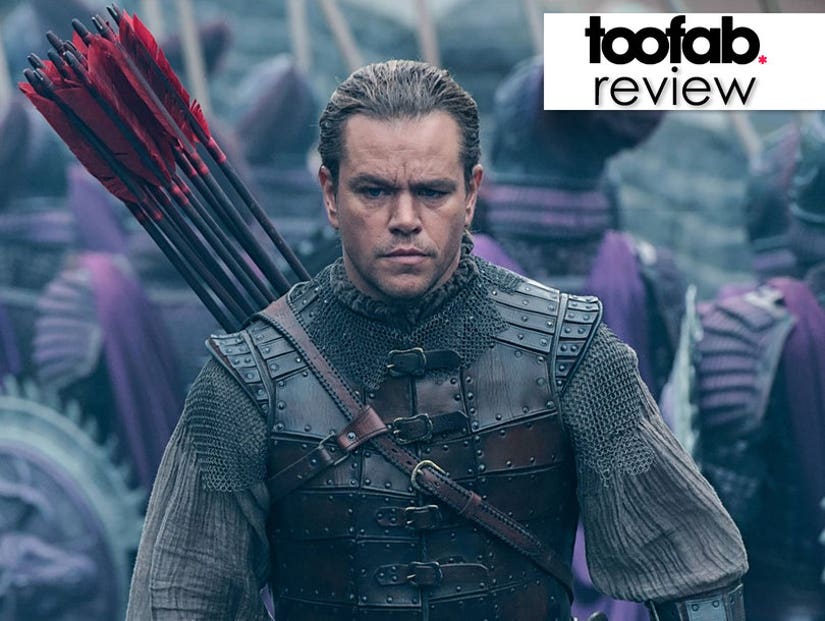 If you're fascinated by the business of Hollywood, and want to see what the future of international blockbuster films might look like, go see “The Great Wall.” If you're just looking for some quality entertainment starring Matt Damon with a very bad haircut, save your money and pull up “Behind the Candelabra” on HBO.

The politics and production of “The Great Wall” is by far the most interesting element of the film. It's one of the first blockbuster flicks from China made for both Mandarin and English-speaking audiences; the movie was produced by Legendary Pictures, the mid-sized US studio that was bought by a Chinese mega-conglomerate called Dalian Wanda, which also owns AMC Theaters. Though it was written by Americans (including screenwriters of “World War Z” and the “Bourne” series), it was directed by Zhang Yimou, the great Chinese director who also made the Christian Bale movie “Flowers of War” back in 2011.

Damon's character, William, leads a group of thieves across the vast eastern plains and deserts in search of a mysterious “black powder.” There are just a few of them left when, late one night, they're attacked by a mysterious monster, which takes another guy out before William kills the creature with a perfectly placed arrow. He and his pal Tovar (Pedro Pascal) then find the Great Wall, the massive 5,500-mile structure meant to keep… something out of China.

They are taken in and spared by several Chinese officials: Commander Lin Mae (Tian Jing), Strategist Wang (Andy Lau) and General Shao (Hanyu Zhang). They were smart to bring one of the monster's claws, which forces the military leaders to tell them a dark secret: There are horrible monsters that attack China every 60 years, and they're just days away from another attack.

There's more plot machinations, but the most important thing to follow is William's transformation from thief into admirer of Chinese culture and ingenuity. They invented gunpowder, flying balloons, and let women fight in the military. It's not long before William is choosing to fight with the Chinese warriors against these awful monsters instead of stealing the black powder and bringing it back west.

Also, he has a ridiculous beard and long hair at first, which required long extensions. But he soon shaves it off, getting an insanely close cut for a knife and no shaving cream. And there goes his most interesting characteristic. His personality is as bare as his face. Even his man bun is kept hidden for the rest of the movie.

The film cost $150 million to make, and presumably, most of that went to visual effects. There are giant panoramic shots of the Great Wall, as well as intricately detailed buildings and pagodas. But as real as they look individually, they wind up looking fake when all put together, because you just know they didn't shoot any of it in real life.

What's remarkable is just how rote and Hollywood the movie feels at times. It's got the typical characters, wise cracks, hordes of monsters, and three act structure. There's no doubt that William will change, that he'll develop some kind of interest in the commander (a woman), and that he'll stay to fight the big ol monsters. The only difference is that it feels a bit like a Chinese propaganda movie, but then again, the industry has been so careful not to criticize the country, that feels familiar now, too.