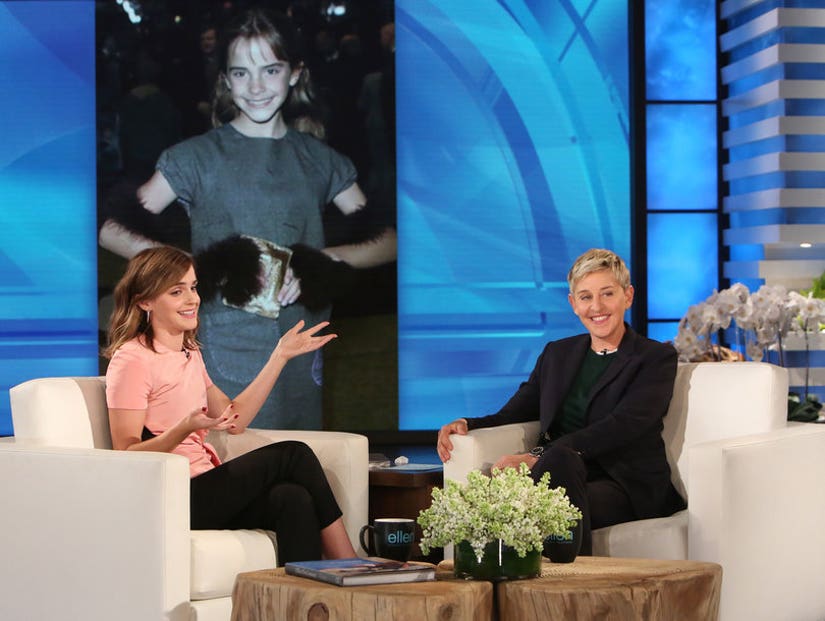 "Beauty and the Beast" star Emma Watson stopped by "The Ellen DeGeneres Show" on Friday to talk about slipping into Belle's signature yellow dress for Disney's live-action "Beauty and the Beast." And the two also had a little fun with a hilarious nanny prank.

"If you would had told me when I was 5, which was probably the age I was watching it on repeat, that I would one day get to be - I get to play Belle - I wouldn't know what I would have done." Watson said. "A) I wouldn't have believed you and B) I would have freaked out."

The duo teamed up for Ellen's classic "Ellen In Your Ear" prank wherein she set up Watson to interview a nanny (for herself), taking a cue from current "Bachelor" favorite, Corinne Olympios, who is notorious for having her own personal nanny.

Watson had to say exactly what Ellen was feeding her through the earpiece, including infamous Corinne quotes like "Vagene."

See more: 10 Things You Probably Never Knew About "Beauty and the Beast"

The nanny interview rolled on with Watson saying things about wanting to be a family with the prospective nanny, her potty habits, uncontrollable awkward laughing, and even talking to herself in the mirror -- all controlled by Ellen, of course.

Watch the clip below.