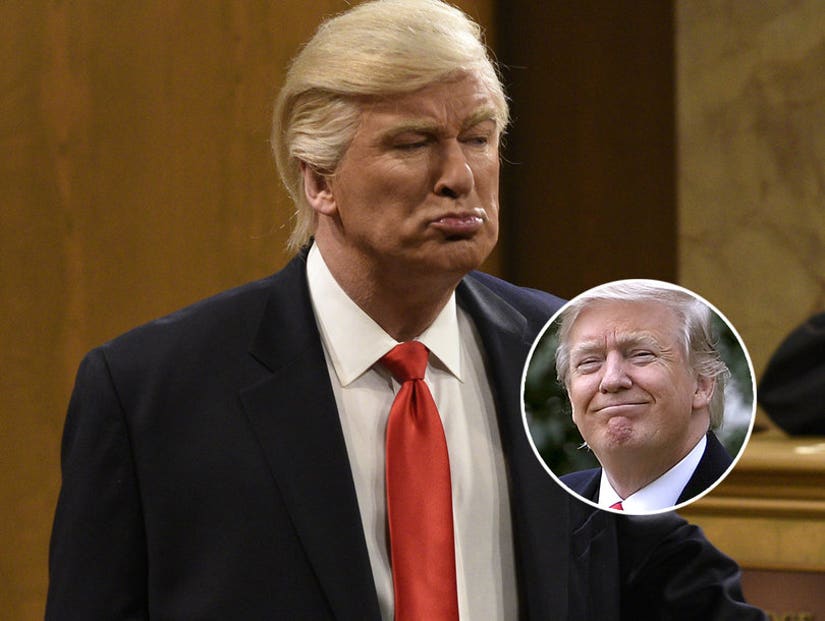 Alec Baldwin told Mario Lopez on Extra that he doesn't plan on impersonating the 45th President of the United States on the long-running NBC sketch program "much longer."

“Trump just overwhelmingly lacks any sportsmanship. He remains bitter and angry, and you just want to look at him and go, 'You won,'" Baldwin said in the new interview. "His policies aside, which you can hate, I thought he would have just relaxed."

"There's a style that the president has to have and I think the maliciousness of this White House has people worried, which is why I'm not going to do it much longer, that whole impersonation," Baldwin said. "I don't know how much more people can take it.”

When Lopez brought up the prospect of the actor hosting the White House Correspondents' Dinner, which Trump has made clear he's not attending, Baldwin immediately said, "I don't think that's going to happen."

"I honestly don't think that they want that. I think that for their prestige and their integrity, I think if Trump himself doesn't come and face the music, as it were, I don't know what kind of program they're going to have."

"If they wanted me to do it, I would probably do it," Baldwin added, "but I'm not quite sure they do. I think they might have a whole other idea involved."