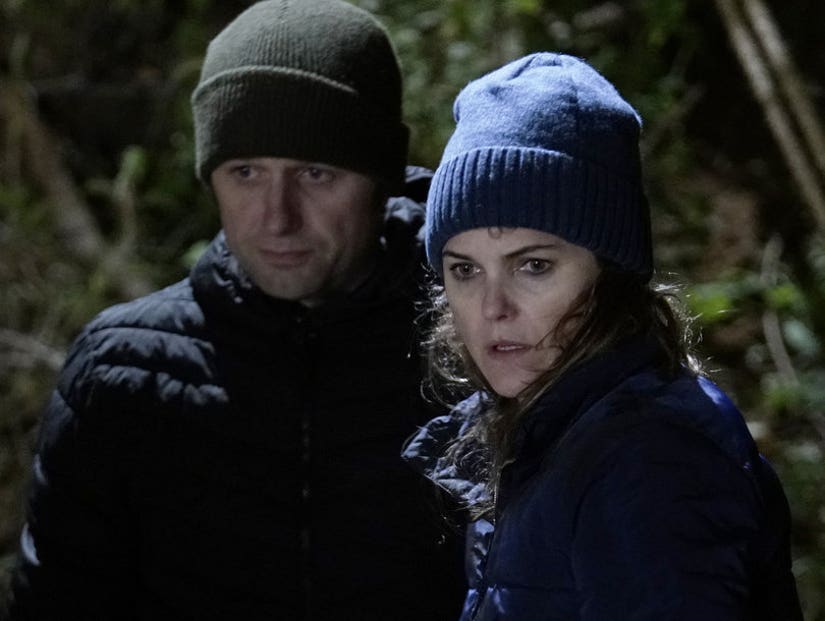 For its fifth season opener, "The Americans" kept things moving at a quick pace, with a disturbing digging scene, more death and danger at every turn. As exciting as this world of espionage and Soviet subterfuge is, the show succeeds because at its heart it is about a family, albeit a family in constant crisis. Sometimes it's their teenage daughter falling for a boy, other times it's her being kept up at night with nightmares of witnessing her mother brutally murder a would-be mugger. It's always something.

Just the usual challenges of raising a teenager if you're a Soviet spy deep undercover in America during the early 1980's. Parenting teens is hard enough without having to also worry about compromising any particular mission or having your cover blown to the government agent who lives next door just because your daughter is smitten with his son.

TIP #1 - SOMETIMES YOU KNOW WHAT'S BEST FOR YOUR TEENAGERS

Elizabeth and Philip, played with masterful diversity by Keri Russell and Matthew Rhys, don't want their daughter Paige (Holly Taylor) to get too close to the neighbor boy Matthew (Daniel Flaherty) because quite frankly it's a risk they're not willing to take. She's already blabbed their secret to her priest, so it probably wouldn't take much for her to reveal everything to a boyfriend, who then might tell his FBI agent father.

But teenagers need to be handled carefully. They are defiant to a fault, so better to simply shut it down. She doesn't need to know the nuances behind the decision, or even that they are admittedly somewhat selfishly motivated. All she needs to know is that the decision has been made. And she will.

Elizabeth will get to that, just as soon as she finishes beating her up.

See More: 6 Most Popular 'This Is Us' Fan Theories on How Jack Died

TIP #2 - TEACH YOUR CHILDREN TO STAND UP FOR THEMSELVES

Battling nightmares after watching Elizabeth brutally murder someone, Paige was caught off guard when her mother took her to the garage and started attacking her. It was a very Elizabeth way to handle things, though. Philip is the emotional, sappy one. Elizabeth prefers to let action speak for her.

In this case, by teaching her daughter to defend herself, the plan is to keep her from being afraid of others. But what if it's Elizabeth in her nightmares? What if it's her own mother whom she fears the most? She wouldn't be wrong. Elizabeth is far more dangerous and terrifying than Philip, and really most other people on this show. These new skills might come in handy in the most unexpected of places. Be careful teaching your kids how to best you.

There's also that lingering question of whether to recruit Paige into the cause. Toughening her up a little bit along the way would certainly help her be a better asset, and might help her survive the job. So it is motherly love right there. We hurt the ones we love to make them stronger.

In a surprise twist, the Jennings are getting a trial run with a teenage who is already recruited to the cause. The season opened with a Vietnamese teenager befriending a Russian teenager at school with no explanation of who these kids were or why we should care.

Tuan (Ivan Mok) approached the shy Pasha (Zack Gafin) and invited him home. It was when they arrived there that it started to make sense. Tuan introduced Elizabeth and Philip, in disguises, as his parents. This is the opening salvo of a play at Pasha's parents.

Before we knew it, the two families were together at Pasha's for dinner, where Elizabeth and Phillip got to hear his father bash the fatherland incessantly. The Jennings had just passed up a chance to return to Russia, a home for which they yearn, so hearing it slammed didn't sit particularly well with them.

But it sat even worse with Tuan, who railed on the father as weak, wishing the Jennings would just kill him already. This is a teenager recruited to the cause, full of passion. Like a typical teenager, he feels everything stronger and responds in suit. Is this really what they want for their daughter?

It's an interesting parallel to present to viewers, showing what that young recruit looks like in a household with the Jennings. If anything, it might discourage them from roping Paige into their world. It's a dark and miserable place and they certainly never seem happy, but Paige isn't completely lost yet.

Next season has already been flagged the final one for 'The Americans,' so the journey for all of the Jennings is nearing its end. Will Paige become a spy like her parents? Will both Elizabeth and Philip survive their work? Will their son Henry ever be relevant to any plot?

The struggle between duty and family continues every Tuesday night at 10 p.m. ET on FX.