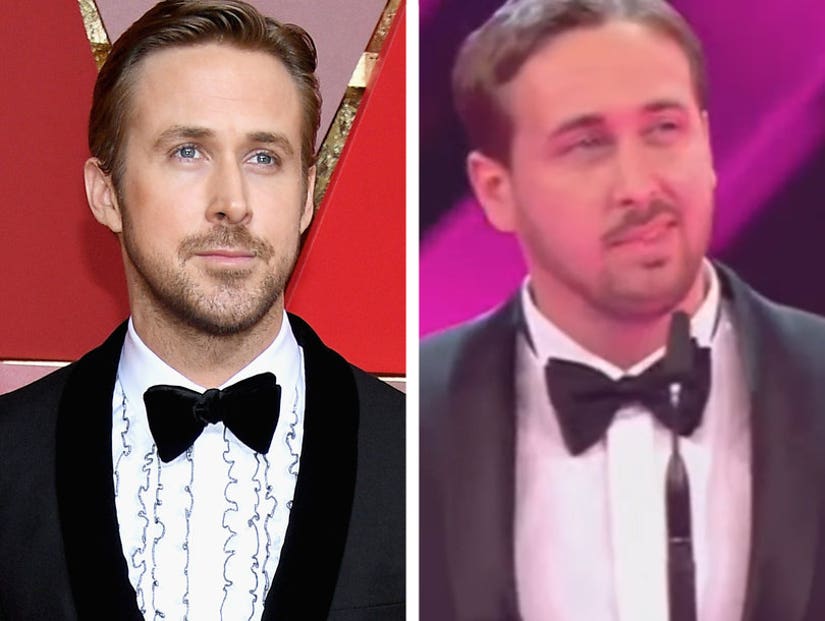 The German awards show, Goldene Kamera had a little hiccup on Saturday when a Ryan Gosling look-alike walked onto the stage to accept the “La La Land” star's award.

The awkward moment transpired when host Steven Gaetjen announced “one of the hottest stars in Hollywood” to the stage, but instead we saw a tuxedo-clad man who looked very similar to the handsome actor, just a little bigger with a different hairline.

“Good evening, I am Ryan Gosling,” the imposter said in a German accent to accept “his” award. “I dedicate this award to Joko and Klaas, thank you very much. There is a saying in Hamburg, which is, 'bye, bye!'”

And just like that, the lookalike waltzed off the stage leaving actual A-Listers in attendance like Nicole Kidman, Colin Farrell and Jane Fonda confused and bewildered over whether this was an actual mess up or an early April Fools joke.

Turns out, the man mirroring Gosling is actually a chef in Munich named Ludwig Lehner.

According to the Daily Mail, the entire prank was set up by a pair of comedians named Joko Winterscheidt and Klaas Heufer-Umlauf, who set up a fake agency to promise the award show's executives Gosling would appear at the ceremony if he won an award.

The host then uncomfortably appeared on the stage to explain that there had been a mistake.