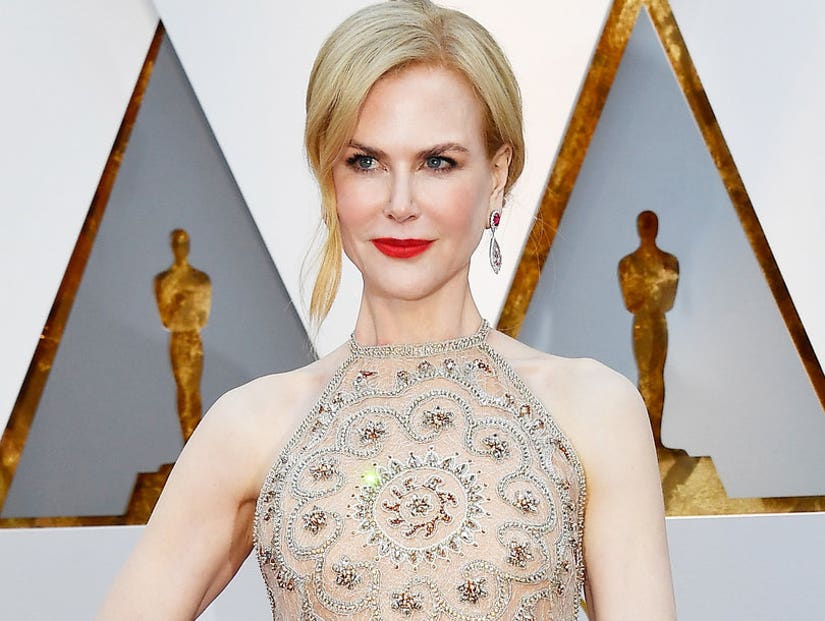 Nicole Kidman finally explained why she was clapping like The Grinch at the Oscars this year.

In an interview with Australia's KIIS FM, Kidman blamed the awkward clap on the 119 carats of Harry Winston diamonds she was wearing at the ceremony, where she was nominated for her performance in "Lion."

“I'm clapping, but it was really difficult because I had a huge ring on that was not my own, so it was absolutely gorgeous and I was terrified of damaging it," Kidman said.

“It was really awkward," she said. "I was like, 'Gosh, I want to clap, I don't want to not be clapping,' which would be worse, right? 'Why isn't Nicole clapping?'"

It all started when a quickly circulated tweet on the night of the award show caught Kidman on camera doing a bizarre clapping motion that the internet did not let her forget.

Why does Nicole Kidman clap like The Grinch?! pic.twitter.com/dhzN7Og8xC